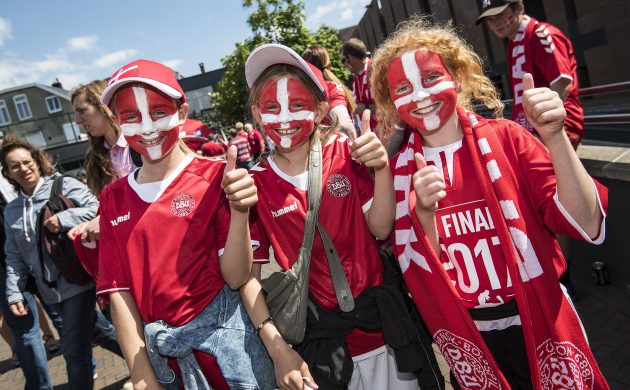 When the European Championship kicks off this Friday in Rome, it will mark the first time Copenhagen has been included as one of the 11 official host cities.

Copenhagen will host four matches at Parken: Denmark’s three group games against Finland, Belgium and Russia, along with a last-16 match.

But don’t despair if you missed out on tickets – there are a wealth of spots around the city to soak up the Euros (see pages 12-13).

If you prefer an outdoor option, Official UEFA EURO 2020 Fan Villages are being set up at Ofelia Plads and DGI-Byen, where fans can catch the matches on big screens.

At Øksnehallen in DGI-Byen, visitors can look forward to a packed program of talks from the stage, performances, street food, bars and all of the 51 big-screen matches.

With space for 1,200 fans, Øksnehallen’s screens are set to be some of the liveliest spots outside Parken to watch the action.

What might that look like? Set in a 3,000 sqm square and with two-weeks of near-tropical weather forecast for Copenhagen, you can expect hot sun, plenty of space for groups and a festival atmosphere where football is paramount.

“Øksnehallen will offer a ticket scheme for the 1,200 fans that the space can accommodate,” said Lene Kryger, the head of EURO 2020 events in the city.

Tickets are free but limited to four per purchase, and screens open two hours before kick-off. Be quick, as they went on sale on Tuesday and the Denmark games sold out fast. Find your team via the link here.

“We are incredibly proud that UEFA and DBU have looked to DGI and made us part of an event that is so important to the community and the city,” said Helsinghof.

Why DGI?
Some 50 metres from Central Station, DGI-Byen is at the nucleus of Copenhagen – a prime location from which to enjoy everything the football and city have to offer.

The area is already a sports hotspot with badminton courts, sports halls, a gym, the iconic donut-shaped swimming pool and a 16-lane bowling alley.

Though DGI Byen is no stranger to hosting large-scale events and parties – thanks to its huge exhibition and conference spaces, galleries and outdoor zones – the EURO 2020 Fan Village is treading new ground in the post-pandemic event calendar.

“The events at Ofelia Plads and Øksnehallen will be part of a test scheme for future major events,” said Ulrich Ammundsen, the’ Host City Manager’.

Nationwide team spirit
The official fan villages are just one of many initiatives that EURO 2020 organisers have set up in Copenhagen this summer – and the ripples will be felt all over the country.

“This is not just Copenhagen hosting, this is the entire country – all the way from the capital to the grassroots clubs in the furthest points of Denmark,” said Jesper Møller, the president of DBU.

Perhaps Denmark’s most unifying European Championship moment was when Kim Vilfort scored Denmark’s second goal in the 1992 final win against Germany in Sweden.

“One thing is to win the European Championship, another thing is to come back to Copenhagen after the victory and see how people gathered together, how people were united around this one thing,” said Vilfort.

That shared excitement and solidarity is what Øksnehallen’s EURO 2020 summer events capitalise on. Whether you’re a die-hard fan or just in it for the camaraderie, the upcoming football calendar is a historic sporting program not to be missed.