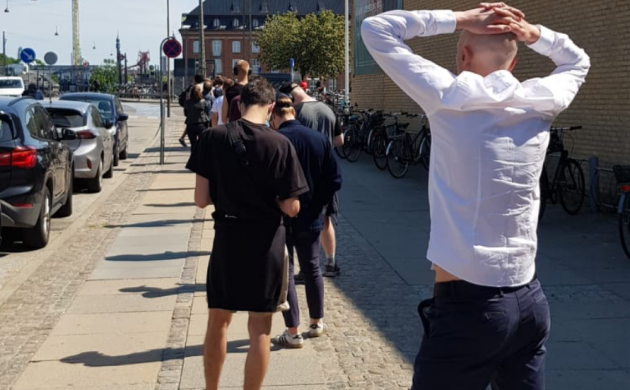 I was fortunate recently to receive my Johnson & Johnson vaccine through Practico’s voluntary program that has swept the nation like an ironic virus.

What we call Danishes
Fortunate not only to receive a replication-incompetent recombinant-adenovirus type 26 vector (if memory serves), but fortunate in a much truer sense to unearth precious material to write this column about the idiosyncrasies of Danish people (AKA Danishes).

You see, observational comedy is nigh-on impossible when your entire life is distilled into the same four routines within the same four walls. (Bo Burnham’s Netflix special ‘Inside’ is out now – Ed.)

But thanks to the hour-long wait for my vaccine last Thursday, I could observe Danishes in their most unnatural of environments: The Queue.

A cue to be British
Back home, queues are kind of ‘our thing’. They’re as British as xenophobia and racism and, just like those examples, we’re tremendously good at them.

When Brits see a six-person supermarket queue, we think: “That’s lucky, maybe I’ll make it home before daybreak after all.”

When Danishes see a six-person supermarket queue, they become so apoplectic, so shrouded in the fury of a thousand hellfires, that they become roused by a deep biological impulse to scream at the hapless child cashier to “ÅBN EN NY KASSE.” (Incidentally, to every person … who am I kidding… to every man I’ve heard say that, I’m delighted you saved those precious seconds to rush back to your presumed routine of kicking blind puppies/taunting homeless nuns.)

When it doesn’t ‘appen
When Brits arrive at a bus stop, the very last thing we would do is check the timetable. The timetable for us is a little collective lie we tell ourselves. We know there are times, in a table format, and we know there’s a bus number in there somewhere, but that’s where the relevance ends. The only thing we avoid more than the timetable is eye contact.

Danishes, however, arrive with apps in hand, and if the bus isn’t 30 seconds early, they deploy The Clåssic Danish Exæsperated Heådshake in anticipation of a queue. They must pre-launch their disappointment like this, because buses are literally never late.

And that’s what became so painfully obvious as I queued in the glorious sunshine for my vaccine. Danishes are so used to everything working perfectly, that they cannot cope the moment something doesn’t.

Telling off HandsOnHead
No-one, it seemed, could help but place hands on hips, do a little circle, look back down the queue to check it was still there, Exæsperatedly Heådshake, and repeat every three to four seconds.

I saw fully-grown men with their hands on their head, others knelt on the floor in agony. I saw one risk-group-aged woman arrive, clock the queue and ask Mr HandsOnHead if this was, indeed, the queue.

His affirmative response triggered her to Exæsperatedly Heådshake, criticise Mr HandsOnHead for the queue, and then check her watch to see if she could squeeze this LITERAL LIFE-SAVING VACCINE INTO HER BUSY SCHEDULE OF TRYING NOT TO DIE.

Intoxicating libations
At the entrance, I had a nice two-minute chat with the Practico employee, punctured three (fucking) times by people trying to enter the building, bypassing the queue. Their excuses were identical: “But I have a time booked for now.”

It’s such a fascinating insight into their insane minds. Imagine seeing 400 people queuing and thinking: “Good for them: they’ve all arrived early and are just patiently waiting for their timeslot.”

Danishes have drunk too long from the intoxicating libations of order and scheduling to the extent that when things go wrong, they have all the poise and rationality of an actual drunk.

This is what happens when public services are well-funded and work as they should. It’s a disgrace. 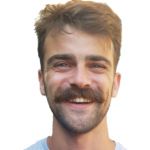