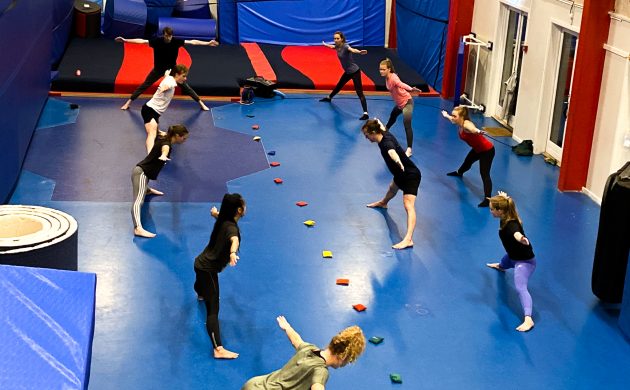 It’s often overlooked, but corona has been a godsend for many: from those who live next door to nightclubs to couch potatoes who can finally dedicate their lives to Netflix and not be frowned upon.

To that list you can add new arrivals to Denmark who find it hard to join sports clubs because of the long long waiting lists and language barrier.

One of the problems is the amount of effort the authorities put into encouraging lazy Danes to join sports clubs, leaving a limited number of spaces for internationals.

In 2015, the country’s two biggest sports associations, DIF and DGI, launched a strategic plan called ’25-50-75’. By 2025, it aimed to have at least 75 percent of all Danes practising a sport – and at least 50 percent to be practising a sport at a sports club.

You might notice how the bit about internationals … kind of get left out.

Well, the Coronavirus Crisis put a spoke in those wheels, and the result is that the door has opened widely again for internationals to join sports clubs.

One such establishment is Inter’nastics, an international gymnastics club based in DGI-Byen near Copenhagen Central Station.

CPH POST recently met up with its founders, Sebastian Holmskov and Hjalte Gregersen, along with some of its members, to find out more.

Making a difference
Gregersen, 27, a multi-media designer, started to expand his international social sphere during his master’s.

Meanwhile, Holmskov, also 27 – the pair in fact met through gymnastics when they were aged just 11 – got the bug working at a restaurant with a big international staff and lots of foreign customers.

It was clear to them both that Copenhagen needed an international gymnastics perspective.

“We wanted to start an international gymnastic team because there was, to our knowledge, no international teams in Copenhagen,” they said.

“We as Danes have a lot to learn from other cultures and a lot we can give as well. Gymnastics holds a lot of cultural aspects that are central to the ‘Danish’ mentality: values such as associations, social gatherings and an open and welcoming community.”

It is the pair’s contention that the authorities, along with certain other parties, make sport less accessible for internationals than it could be.

“The associations could do more, while the politicians are too problem-focused and do not look for solutions or even ask for input. We think that would be a good first step,” they suggest.

Poor communications
For German student Rena Sophie Riekenberg, who is studying a master’s at CBS, it was a huge surprise to discover that so few adult gymnastics clubs catered to internationals.

She spent an evening googling every club, and it was pretty dis-spiriting to see they were so Danish-centric. Finally she came across a club that said it was ‘international’: Inter’nastics.

“The teaching language being in English is definitely a big plus. I don’t speak a word of Danish, so I couldn’t do it if it was in Danish,” she said.

Riekenberg feels the likes of Copenhagen International House could do far more to help international students find a sports club – “especially at the international universities because that’s where many internationals are, and they often struggle to find the information”.

Norwegian student Viktoria Isabell Jensen, who is also taking a master’s at CBS, concurs it has been hard to find out about the different options and to obtain the correct information.

Norway makes it easier for foreigners, she contends. “I might be a bit biased, but the information is more visible and clearly communicated,” she said.

“Especially in the student environment, I believe there are a lot more options, and it’s accordingly more popular to be part of a student sports club in Norway.”

Overcoming language barriers
Both Riekenberg and Jensen are happy members of Inter’nastics. “An hour and a half passes by so fast, and I’m constantly smiling: it’s such a great mix of internationals and local people,” enthused Riekenberg.

“The Danes in our team really try to talk in English all the time, also with each other, even if it’s not something about us. It’s really nice that they include us.”
Ivana Kaufman, a Czech business intelligence student at AU, also appreciates the effort of the Danish members.

“When we went to grab a beer, they all tried in English. I can understand Danish, but English is more comfortable,” she said.

“I feel like joining a sports club is the best way to meet local people because you share the same interest.”

Even Jensen, a Norwegian, struggles with the lingo! “The language is definitely a barrier! And this in turn makes it hard to be ‘part of the group’,” she said.

“Even though I’m Norwegian and understand the language pretty well, it’s always a problem for other Danish people to understand me.”

Making an effort
For student Elise Lauritsen, a Danish member, it has been a good opportunity to meet international people and practise her English.

“This is in fact the only place where I can actually get to know internationals. I love meeting new people and the other members are so nice,” she said.

“I talk to my other Danish team-mates in Danish because I’m not so good at English, but I’m really trying because I don’t want other people to feel misunderstood or excluded. Every time before the session, I promise to myself:

‘Today! I’m only going to speak English!’ I’m still working on it.”

To find out more about Inter’nastics, apply to join its private Facebook group or look them up at odk.dk or DGI-Byen in person!