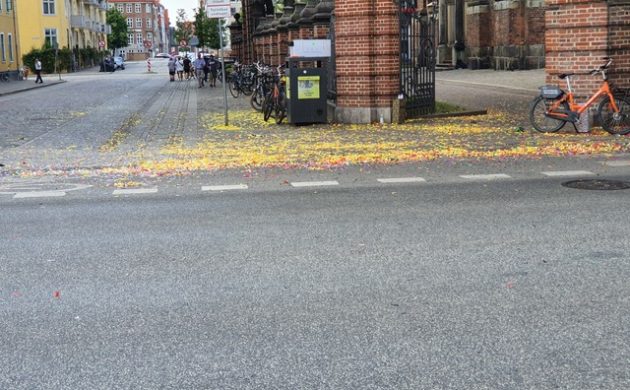 As the world blunders from one environmental tragedy to the next, with ever- increasing examples of human-induced, climate change catastrophes splashed across our media screens on a weekly basis, large chunks of society continue to ignorantly contribute to the biggest existentialist crisis facing humankind. If only we had the collective intelligence to come together and turn the tide. Strangely enough we do, but all too often we are blindsided by our own ignorance and actions.

A trail to the doors of the church
On the same day that torrential floods in central Europe claimed over 150 lives and mass property damage, with blame apportioned to climate change, I cycled home to the street I live on in Copenhagen to find literally tens of thousands of plastic confetti pieces strewn over a 500 sqm stretch in all directions, winding its way back to the churchyard of one of the capital’s most admired churches, Vor Frelsers Kirke.

The confetti was everywhere – in large mounds, in gutters stretching down various streets, in the drains, in whirlpool tunnels, in local school playgrounds. It was still everywhere the next day and the city’s cleaning machines tried for 40 minutes to clean it up, without success. It turns out it was the dying wish of a young 22-year-old, and his wishes were dutifully carried out with multiple canisters of confetti cannon.

Which made me wonder: why didn’t anybody in attendance consider the implications on ecosystems directly affected by these actions? Why didn’t anybody object, particularly in a country which prides itself on international environmental leadership? Are citizens around the world environmentally conflict-shy or perhaps just incapable of consequential thinking?

The time for Stop Ecocide is now
I don’t believe so. After all, there are some amazing environmental activists campaigning for change, both individuals and collectives, all armed with accumulated legal savvy and scientific knowledge. Just last month, one such group, the UK-based Stop Ecocide – with affiliates in many countries and endorsements from the Pope, Greta Thunberg, António Guterres and Paul McCartney to name a few – released its official definition of ecocide with an aim to counsel governments towards rewriting the Rome Statute and to include ecocide as a crime punishable through the International Criminal Court.

A deliberation over 10 months by some of the most celebrated legal minds from around the world, this definition honed in on mass, wilful environmental damage and how it can be applied eventually to prosecuting offending politicians and big business CEOs. This is a huge move, but what is noticeable beyond the skill of re-thinking climate litigation is that Stop Ecocide, like so many other campaign groups, is void of political membership. The change is coming from educated citizens willing to take the risk to shift thinking, to lead the change.

Let down by politicians and the police
Unfortunately though, politicians and police forces – who in this confetti case didn’t stop to ask questions – lack the same skills, the same education or perhaps it’s just the pure will, to step up and help assist this change. Well, not all of them to be true, but certainly there are too many corrupted by ulterior interests and/or complacent servitude to duty.

The world desperately needs them to start making significant, positive actions – to support transition rather than resist. Not only to endorse the actions of groups like Stop Ecocide, but also to really begin to govern and act with environmentally consequential foresight, rather than the present tendency to cry with hindsight whenever tragedy hits the news. Making pledges for carbon reductions by 2030/2050 etc is nothing if not backed up by education programs and laws aimed at enlightening the broader population towards an endgame of living sustainable lives themselves.

The best results for change and a new, sustainable system of breathing, come from collective thinking and circular education – from the grassroots level, in turn to politicians and back to mass society, enabling a mass movement of long term collective sustainability.

Time for Joe Bloggs to wake up
Which leads me back to the confetti. Certainly colourful, but seriously, who will pay for this environmental mess on the streets? Will it be the church that held the funeral service? Will it be those who came to pay respect at his funeral Perhaps the relatives of the deceased? One hopes that someone will be fined for it, but ultimately that which will pay the most will be nature itself. For all the incredible, dedicated actions of people and organisations willing to sacrifice their time and careers to help save the ecosystems on this planet – to which our very own existence is so entwined – there are simply too many acts of environmental stupidity by regular Joe Bloggs citizens, be they intentional or simply naive recklessness.

We, humans, simply have to collectively wake up – Danish citizens included. We need to voice legitimate concerns even when it might feel awkward to do so, such as at a funeral. We cannot any longer rely on someone else to clean up after us, which might not even be possible.

Let’s lose the albatross tied around our collective necks
The world needs laws that create change through foresight, and those laws can and should apply to both macro and micro concerns. Let’s start by banning such ridiculously polluting, non-biodegradable confetti cannon in Denmark. The implications on marine and bird life are simply too much. Just look at the documentary ‘Albatross’ by Chris Jordan about the affects of ocean plastic on birdlife.

It’s astounding for its shockingness. There are clearly other ways to celebrate a person’s life other than leaving a legacy of environmental destruction for those who still live. ‘’But it’s his dying wish!’’, I hear someone argue. Well, it may be so, but it’s a stupid wish and it should be called out as such. Someone at the funeral should have had the guts to say “No Way!”

There were many local residents aggrieved by this confetti pollution. Even tourists stopped to ask what had happened. To stop it occurring again, how about Danish politicians jumping the gun by placing a ban?

Everyone should begin to act with proper care for the long-term sustainability of Earth. We each bare responsibility for the survival of this planet, regardless of status or occasion. 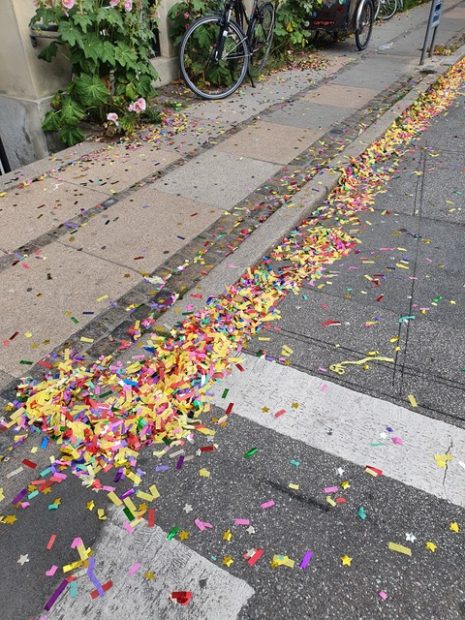 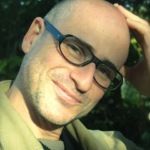 Peter Morrison is the Denmark representative for the StopEcocide.earth campaign and a long-term lobbyist for environmental policy change. Learn more about the campaign via www.stopecocide.earth.