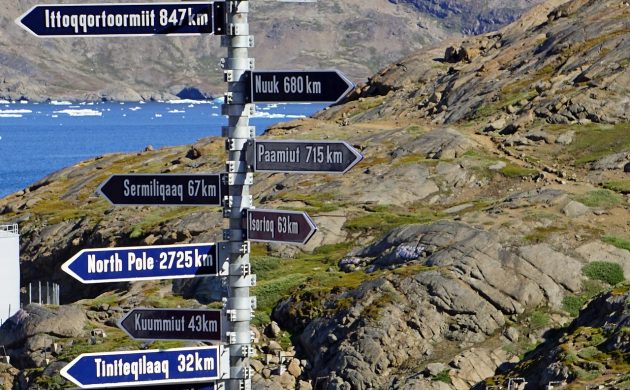 History is littered with cases of how now-unimaginably valuable territories were bought and sold for nothing. ‘Bought’ is a generous word: typically the original occupant was threatened, and then either forced out or massacred.

In 1626, for example, Dutch trader Peter Minuit ‘bought’ Manhattan for $24 worth of trinkets from the Lenape Native American tribe.

And in 1803, France ‘sold’ the newly-independent USA around a third of its current territory. Only the ‘Louisiana Purchase, a nation-spanning tract of land, was not occupied by France at all.

What America was really paying for was first dibs on ethnic genocide.

Colonial virgins
The understandable Danish response to Trump’s proposal to buy Greenland – of insulted indignation – reveals a legitimate fear of being the exploited and helpless ‘native occupier’.

Greenland’s future value is as unimaginable now as Manhattan’s was 400 years ago: resource-rich, geographically strategic, vast, barely populated, completely untapped and on the verge of becoming a lot greener. Any cash lump sum that might be paid now – however large – will inevitably add up to trinkets in the fullness of time.

Denmark itself has a more modest if not exactly praiseworthy history of colonial land acquisitions and native suppressions. Denmark’s Caribbean islands were bought from the French in the mid 18th century.

The following hundred years saw a ten-fold increase in slavery and the humiliation of twice ceding the islands to the British for nothing. They were finally sold to the US in 1917 to become the US Virgin Islands, backed by popular support to become American – again humiliating – of 98.9 percent. Greenland was ceded to Denmark by Norway in 1814 regardless of any pesky natives. The colony was largely ignored until the 19th century, when forced urbanisation and psychological experimentation, such as the removal of Inuit children from their families, were exacted on the natives by Denmark. While Greenland’s history doesn’t contain systematic annihilation, social disadvantage and cultural obsolescence has left Greenlanders with some of the world’s highest rates of suicide and addiction.

Trump had your number
Here is a modest proposal, albeit one of an infinite number of possibilities: swap Greenland for say Puerto Rico, plus their annual subsidies. The USA currently subsidises the ‘territory’ of Puerto Rico with around 85 billion US dollars ($) per year (about 0.4 percent of the US GDP, or 30 percent  of Danish GDP), while Greenland is subsidised annually by Denmark by $650 million.

Would Denmark be willing to lease Greenland to the US in exchange for Puerto Rico plus $79.5 billion per year?

Whether Denmark could enforce a default on the US is unlikely, and it could ill afford to cosy up to one of America’s superpower competitors. Indeed it risks poking the beast: the US may simply demand Greenland for nothing, threatening the loss of Danish military protection.

Welcome to San Jutland
Would the 3.4 million Puerto Ricans choose to try a Nordic model of universal education and healthcare?

If there is anywhere in the US where the Nordic model might work, it could be Puerto Rico, with its high rates of both equality and poverty. New investment from Scandinavian and other EU businesses and residents glad  to escape their own windswept northern archipelagos would be massive.

Would the 56,295 native Greenlanders, no doubt worried about the unforgiving American welfare system, prefer the devil they know? At least the US is constantly forced to acknowledge the damage it has done to Native Americans, whereas in Denmark the entrenched racism that is the inevitable consequence of colonial occupation is largely ignored. The potential extraction of natural resources on the island, the rights to which already belongs to the government of Greenland, is the golden egg that Greenlanders hope will free them from the Danes. Ironically it is precisely this asset that will make them prey to much more dangerous predators.

Rise like a phoenix
While the political classes have no appetite for such demeaning international horse-trading, the global status quo is slowly becoming terminally unacceptable – particularly in relation to inequality and concentrations of power. The public willingness to demand ‘catastrophic change’ cannot be second-guessed, as Trump and Brexit showed. 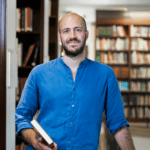 Robert Ades is a contributing writer at the Copenhagen Post