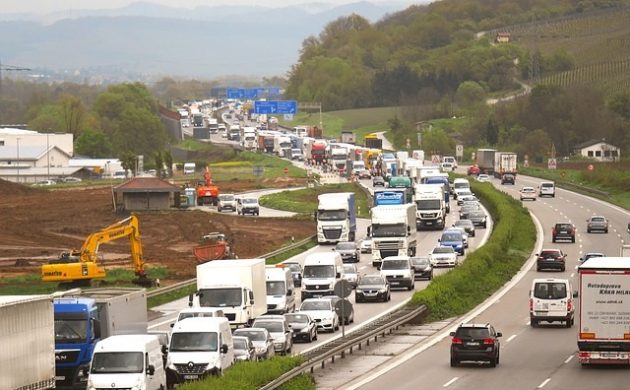 According to Jyllands-Posten newspaper, truck traffic on Danish motorways has increased significantly in recent years.

Since 2010, there has been a 26 percent hike in trucks on motorways – leading to more queues and perhaps more accidents.

The figures from the road directorate, Vejdirektoratet, showed that the problem was compounded in areas experiencing growth.

For instance, truck traffic has increased by 58 percent by Kolding and 40 percent by Horsens.

Trucks galore in CPH
And as Copenhagen moves to build the artificial island Lynetteholm, the capital can also expect a throng of trucks to descend upon the city.

According to a COWI report for By & Havn in 2019, the massive construction will involve 720 truck journeys through Copenhagen every working day for 30 years.

The transport minister, Benny Engelbrecht, contends that one of the ways to solve the issue is to make trucking more expensive by ushering in efficient driving incentives.