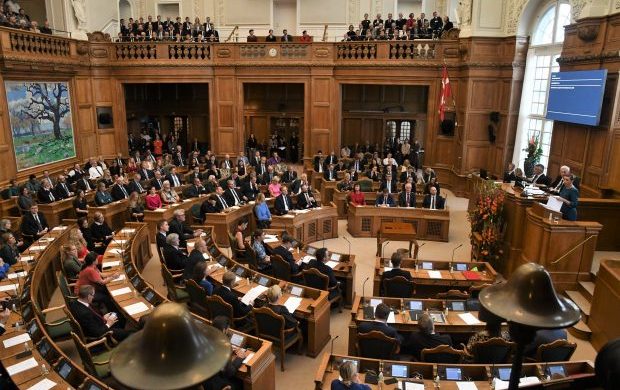 On the first Tuesday of October every year, the members of Parliament convene and the PM gives her speech on the situation of the nation – and so it came to pass last week.

Three main concerns
There were three things to take immediate notice of.

First of all, there was no indication of a general election in November when the local and regional elections are due to take place.

Secondly, it celebrated the almost consensus held on the regulation of agriculture in favour of the green transition and the reduction of CO2.

Thirdly, there was hardly any mention of more hardline policies regarding foreigners. Ironically it coincided with the PM last week having to swallow her pride and repatriate the Islamic State mothers and children, whose cause just months ago looked completely lost.

Minkgate returns
But that hasn’t really ruffled the feathers. On the other hand, Minkgate, with the inquiry now ongoing and the PM due to take the stand in early December, could do some damage.

Soon a report will show whether the decision to eliminate the whole industry was illegal or a justified emergency solution during a pandemic that needed tough decisions. The media are hoping for another date in Rigsretssag.

Talking of which, the Inge Støjberg case is ongoing, but mostly baffling the general public. The key seems to be a sophisticated legal difference between order and intention. We’ll just have to wait for the wisest judges in the kingdom to decide. It has long left the public behind with its nuances.

Failing to attract
The next big test for the government is dealing with the demand for labour, which is pretty huge. Given the noticeable rate of unemployment in southern Europe, you have to ask whether the hardline stance on immigration is backfiring, as young people from those countries are simply not applying for jobs in Denmark.

The PM recently tried to mobilise women from families of non-Danish origin who have for years lived on social benefits. Good luck with that, but it is not a solution to the problem. The PM has to realise that a different approach is needed.

Our demographic shortfall cannot be filled with seasonal workers. Instead Denmark needs to be attractive for skilled people to come and live here. The bureaucracy still involved in a Dane bringing his foreign spouse home illustrates that we are a long way off that.

We’re mostly eligible
The 90-minute speech included a lot of other issues that will be debated in the coming days: for example, the construction of affordable apartments in major cities was one. But, on this matter, it lacked any indication as to how and when it should be realised.

For the time being, every politician (and most citizens) are now looking forward to the November local elections. Remember that foreigners with a residence permit can vote. If they do, they can make a difference. In several municipalities, including Copenhagen and Lyngby-Tårbæk, they account for 10 percent of the community.

The campaigning for November 16 has begun, so expect to see the nice face of your mayor on the lamppost. It’s time for you to have a say at the polls.