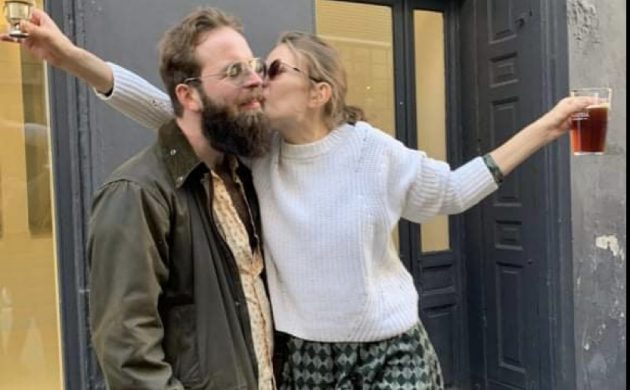 This year’s Copenhagen Conker Championship at Charlie’s Bar on Pilestræde in the centre of Copenhagen again saw a strong international turnout. As per usual, the battling was fierce, with one game taking over an hour to complete.

There were no prizes for knowing who the favourite was though: two-time and reigning champ Liam Fluffy Duffy (right in image below), who once again sailed through to the final.

But what’s this: who was waiting for him? None other than his Lithuanian girlfriend Kornelija ‘Korn Dog’ Ralyte (left in image below).

With his conker, and potentially his relationship in tatters, he conceded defeat and the cup was hers.

“I’d like to thank Charlie’s Bar and CPH POST for keeping this tradition alive,” commented organiser Jon Nunn (below: with child) as he handed over Denmark’s most sought-after trophy. 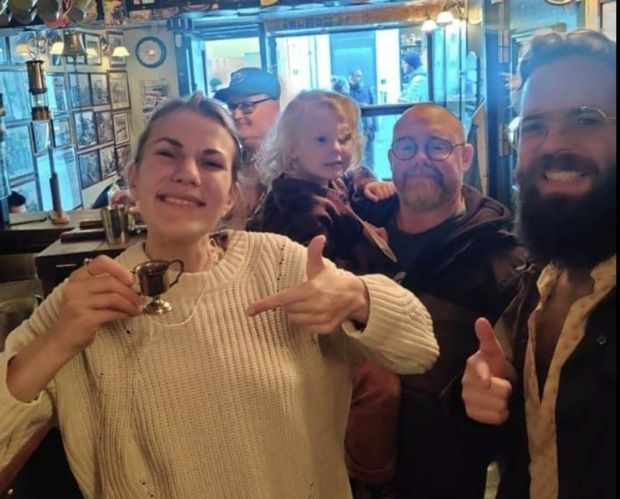