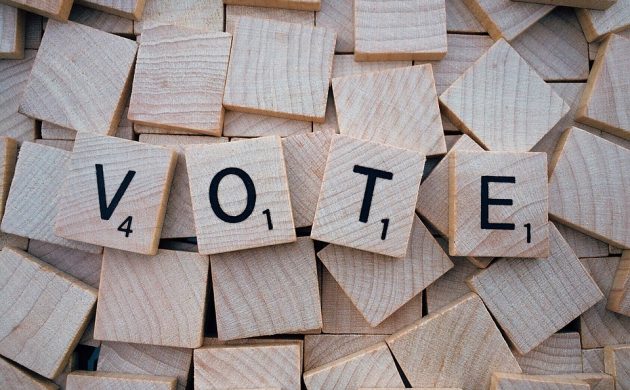 Did you know that internationals are allowed to vote in the local elections? (photo: Pixabay)
October 30th, 2021 5:00 pm| by Ejvind Sandal

The local and regional elections are approaching.

Integration indicator
Tuesday the 16th is the big day: not only for Danes, but also for expats who are entitled to cast their vote.

On the lampposts we notice that a fair number of the candidates, judging by their name and appearance, are of foreign origin. We heartedly applaud this, as it would be hard to find a better sign that integration is flourishing in the kingdom.

Corona still crucial
The election is the first since COVID-19 took over as the most important issue on the agenda.

But while it might seem like we have moved past this now that no restrictions remain in force, points for disinfecting your hands are still ever-present. Most people continue to keep at least some distance, and masks have become the norm in the health arena.

It will be interesting to see how much usage there is during the flu season. We cross our fingers that international travel does not bring back the virus or a mutated version.

Mayor count important
While the PM has withstood the temptation to call a national election to harvest the expected massive support on November 16, the local and regional elections will demonstrate how much the pandemic has changed the political picture.

Polls indicate that Dansk Folkeparti and Venstre are suffering across the country and that Socialdemokrati and its red supporters are well ahead.

The count of mayors will indicate how big the swing is – not only in party politics, but within the blue bloc. Should Konservative emerge with considerably more mayorships than Venstre, the knock on effect will be felt by the party leaders, with Søren Pape Poulsen replacing Jakob Ellemann-Jensen as the leader of the Opposition.

Some nailbiters ahead
Much excitement is expected in Frederiksberg, the enclave within the city of Copenhagen. It is widely expected that 100 years of Konservative mayors will come to an end as the older generations get fewer.

In 2017, it was only a few hundred votes that kept the mayor’s ceremonial chain around a Konservative’s  neck.

In Copenhagen, where Socialdemokrati has historically produced every single mayor, Enhedslisten is emerging as the biggest party on the municipal council, but will this be enough to take the lord mayor’s office?

Housing dilemma
Campaigning will play a large role, with housing a likely major issue. Which party will convince voters that it is the right one to establish thousands of new affordable apartments to meet demand of an inflow of new citizens who could increase the population by as much as 30,000 per year?

This is a pressing issue for all of us: Danes and foreigners alike. So, go and vote on November 16. It is not a duty, it is a privilege.