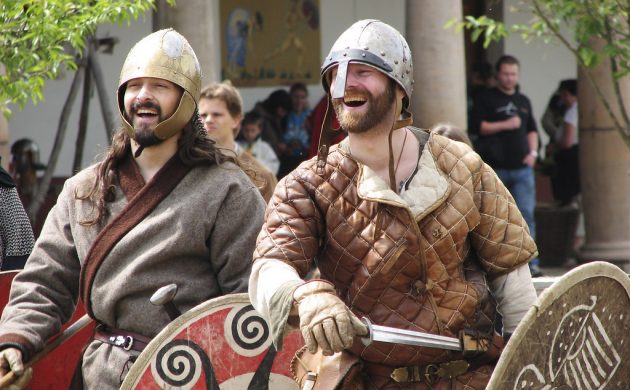 Having been married to a Dane for 20 years now, I’m no stranger to controversial conversations and remarks. Many times, we have been in situations where I have found myself terrified of what might come out of his mouth.

While he is funny in Danish, his humour sometimes hits like a sledgehammer at an American party. I usually smile and shrug my shoulders.

“Viking humour?” I suggest, while gently pulling him away.

Big but no biggie
Danes, I have noticed, in general don’t shy away from controversy. Take John Dillermand, the children’s show that made international news recently. It’s essentially a cartoon about a man who is able to save people in trouble because he has the longest penis in the world.

The response to the controversy is that it isn’t sexualised, kids love it and that it was okayed by a national organisation promoting sex education.

So, what’s the big deal?

Take the money and pun
The most recent Danish controversy to make global headlines took place in Aalborg.

A museum gave Danish artist Jens Haaning 534,000 kroner to spend on an art installation in which he wanted to show the difference between the annual incomes of Denmark and Austria.

What the museum got back, however, was a little less than they’d bargained for.  Haaning pocketed the cash and submitted two blank canvases entitled ‘Take the Money and Run’ instead. He said he wanted to emphasise the poor working conditions of artists.

Life blessed ordinary
When I initially read about this, I couldn’t help but think how Danish this sounded to me. I looked into Haaning to learn more about him and found a short autobiography from an exhibition pamphlet entitled ‘Art for Ordinary People’.

“I have an opinion on just about anything,” he writes “Which isn’t so strange given that I am a Dane. It is a Nordic thing. We have flat hierarchical societies; we are encouraged to be anti-authoritarian. We even question God and make fun of him in children’s programs on public service television.”

This reminded me of that pang of fear I feel at dinner parties with my husband discussing religion.

Honest expression
As a Danish parenting expert, I have written extensively about how Danish education instills the right to be seen and heard and express oneself honestly. It’s part of their democratic foundation.

“We are raised to question [everything] … and we are expected to have an opinion,” writes Haaning.

Overall, I find that if Danes want to discuss something that might be too provocative for some people, they aren’t too fussed about it and generally have a pretty good sense of humour.

Rigtig god humor
Laase Andersson, the director of the Aalborg museum, is a case in point.

“He stirred up my curatorial staff and he also stirred me up a bit, but I also had a laugh because it was really humorous,” he said about Haaning’s installation.

No-one knows yet whether the money will be paid back.

Whether it’s at a dinner party, in school, or at a museum, having an opinion in Denmark seems to really matter. But it doesn’t always come without a cost. 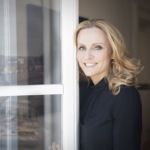 Jessica is a bestselling US author, Danish parenting expert, columnist, speaker and cultural researcher. Her work has been featured in TIME, The Huffington Post, The Atlantic and The NY Times, among others. She graduated with a BS in psychology and speaks four languages. Follow Jessica on IG @jessicajoelle_ or jessicajoellealexander.com.