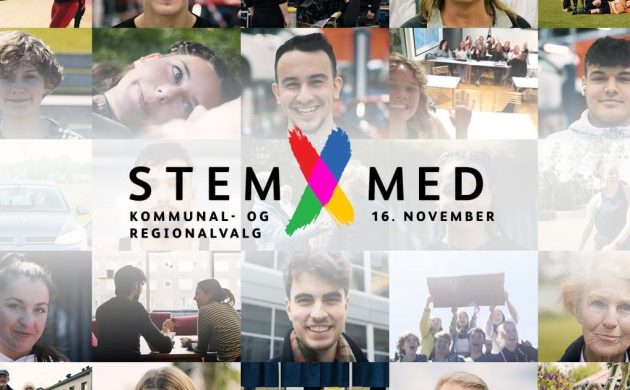 Ahead of the upcoming local elections on November 16, the candidates for the seats on the councils of the municipalities and regions are now smiling at us from the lampposts.

International clout
Only a few slogans are visible, but some stand out. In Gentofte, the former permanent secretary at the Tax Ministry, Peter Loft, now with Liberal Alliance, has the short and powerful message: “Thanks to Toft [the mayor for decades, but now retiring] and in comes Loft.”

Also among the smiling faces are names that indicate they originate from outside Denmark. According to the numbers, every tenth seat could be held by an international if they exercised their democratic right and cast their vote for a fellow non-Dane.

It would be great if the voices advocating for a more positive administration of integration and assimilation matters had a slight accent. Danish companies need foreign hands and brains and that could be facilitated if internationals demonstrated their interest in Danish local politics from elected positions.

Reality TV in the courts
In the meantime we have two reality shows to watch: ‘Mette’s Minkgate’ and ‘Inger through the Ringer’.

Mette Frederiksen recently felt obliged to explain at a press conference why her SMS messages pertaining to the affair have been deleted. It’s a humiliating situation for a PM who thought she had closed the door on the case by firing the minister for food for his botched handling of the illegal order to cull the Danish mink.

Admissions that the PM uses rather direct language to communicate only further serve the reality TV aspects of an affair that ended up costing the government 16 billion kroner. Will it end up costing any more jobs? Hopefully sense will prevail, as the legal basis did come a day after the decision, after all.

Meanwhile, a verdict is expected soon in the Inger Støjberg case at the Supreme Court. The proceedings have revealed a strange regime of public management in which orders come in a more subtle form to the ones we’re accustomed to in business. There’s no doubt the former minister wanted to separate the married couples without hearing them out first, but did she break the law? One thing’s for sure: it didn’t cost billions of kroner!

Can Konservative capitalise?
So, the country is going to the polls and although it’s the local election, it will reflect the parties’ current popularity.

The PM is losing ground and polls indicate she has lost the public’s confidence regarding corona since the upsurge in cases.

Venstre is still fighting to recuperate from its defections – most notably former PM Løkke Rasmussen who has now established himself as leader of a new party Moderaterne – while Dansk Folkeparti is in deep trouble with Morten Messerschmidt in court for fraud, leaving Nye Borgerlige to take over the platform for immigration hostility.

Only Konservative is doing well. Indeed, leader Pape Poulsen has lost weight and looks fit for the fight.

Wishing you all a happy election on the 16th!