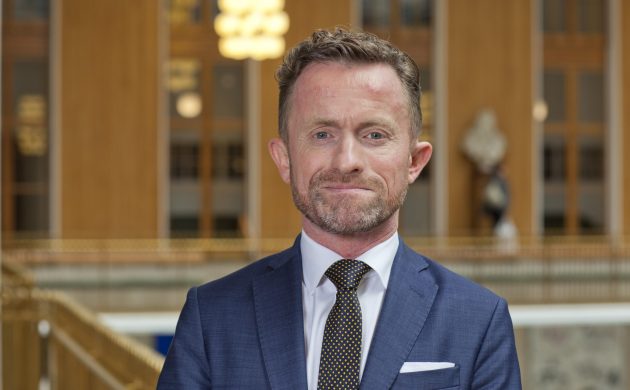 Andersen has lived in Frederiksberg for 20 years and has over two decades of experience in the private sector helping big companies with economic and tax issues.

Frederiksberg’s international community has grown considerably in recent years. How important is the international vote these days?
All votes are important at this municipal election in Frederiksberg. At the election four years ago, Frederiksberg was just 173 votes away from getting a socialist mayor. That can’t happen this time. Many people from the international community are not aware that they can vote in Denmark for the municipal election and that the decisions of the politicians on the municipal board influence their daily life much more than that of the national Parliament politicians.

You work assisting the private sector negotiate the complexities of Danish tax rules. Has this helped provide you with tools needed to succeed as a local politician?
Yes, it gave me immense insight into the number and complexity of rules levied on companies by politicians and how it costs businesses lots of money. I think we could produce better rules if more politicians had experience and understanding about how private businesses function.

Currently, the city struggles to provide enough car parking space for its citizens in a number of districts. How do you hope to address that issue?
All the other parties prioritise the bicycle higher than the car. A party like Liberal Alliance is needed at Town Hall to protect families who need a car to  make their everyday lives work.

One of your central election platform points is privatising more of the daycare, kindergarten, school and elderly care options in Frederiksberg. Why would that be a benefit?
All these welfare options must still be paid via taxes and be affordable for consumers. But they can be managed by private companies. In that way, leaders and employees will have a greater sense of work satisfaction. People work harder when they can be rewarded. Additionally, good private institutions can export their setup to other countries. The public sector can’t and that’s too bad since we have lots of good welfare solutions in Denmark that other countries could benefit from. It has potential to be a massive export adventure.

Reducing taxes is a core element for Liberal Alliance. Is that an element that you will continue to embrace?
Yes definitely. Even though Frederiksberg has one of the lowest municipal tax rates in Denmark, it is very high in an international context. Actually, Denmark has the highest tax burden in the world. Also Frederiksberg residents pay some of the highest property taxes in the country. This we can do better, much better.

You’ve been engaged in local politics for over a decade now. How have your experiences as a local representative helped shape you over the years?
Through the years I believe that I have learned that coming from a small party like Liberal Alliance you need to excel in making compromises. I am aware that I will not be able to cut taxes in half in the first year in Town Hall, but every little step in the right direction is for the better. In the eight years Liberal Alliance has been represented in Frederiksberg, we have cut various taxes five times.