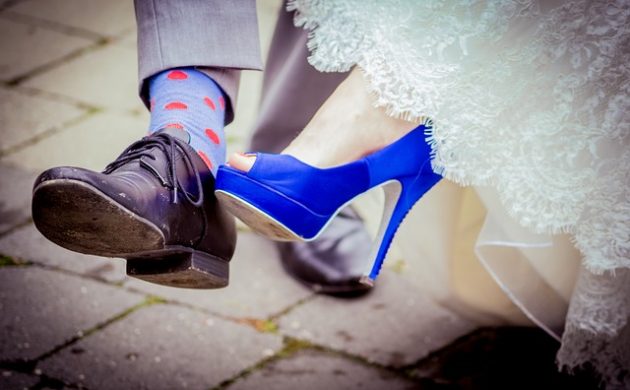 I’ve run out of ideas for this column.

Some clever lines to say …
First-time readers: this is where I – a migrant – make sense of Danish culture by doing Danish things.  Long-time readers: Mum, send Percy Pigs, the sweets here taste like sambuca.

The reader of my previous article who commented saying I’m “painfully unfunny”: I barely think of you. Or your profile picture of a husky. Are you yourself a husky? It’d certainly explain your strong predatory drive and noise levels – the two primary disadvantages of huskies. Although, my (extensive) research suggests huskies have above-average canine intelligence, so I’m unconvinced you meet the requirements. But anyway, I barely think of you. Tony. You prick.

I’ve run out of ideas for this column. Or at least I did, until I had a trademark brilliant idea … why not write about Danish Wedding Traditions? I’ve often heard about their idiosyncrasies, but with my deadline fast approaching, I needed to find a wedding – FAST.

… like I love you
Receiving an invite seemed far-fetched. I decided instead to search for a Danish girl I could trick into marrying me.

After several weeks, I found one. She was pleasant, polite, seemingly intelligent (but for the ease she was fooled into wedlock). As a bonus, she’s lived with me for six years, so we’re on first-name terms.

The Big Day arrived. The first Danish Wedding Tradition revealed itself, as it absolutely chucked down the entire day, despite said day being in August. Perhaps my cunning plan had angered the Norse God of Thunder – Thundor (citation needed). However, the Danes would soon explain how wedding day rain promises future wealth. Buoyed by the prospect of a massive legal payout after a horrific workplace injury, my plot continued.

I know I stand in line
During the ceremony, the Danish Girl tapped my shoulder and offered me a handshake. I naturally assumed this related to our recent argument about which golfer would make the best IKEA companion. Thinking she’d finally recognised Ian Poulter’s eye for bathroom decorations, I gladly returned it. Only when people started clapping, did I realise something more serious may have been agreed upon.

Presently, my adulteress headed to the bathroom to bask in her infidelity. Whereupon, every female guest ran up to kiss me. I recall thinking: “What a perfectly charming tradition to immerse myself in.” My wife’s grandmother later suggested my use of tongue was excessive.

I go and spoil it all
During the dinner, the guests clanged their cutlery together. Others stomped their feet. My wife stood on her chair. The utter randomness of these events helped me conclude I was dreaming. I began searching for my Sleep Paralysis Demon and, after securing the perimeter, whittled a shiv from a nearby kitchen knife before adopting my combat pose. My wife then explained I was only meant to have stood on my chair and kiss her. Supposedly this is “just something Danish people do”. Boy, I bet they all felt pretty stupid.

But now, the sinister showstopper. For the First Dance, the Danes insist on the 1854 ‘Brudevalsen’ waltz – a Grade A banger. My wife and I waltzed, encircled by our guests, who were clapping, clapping, moving closer, closer, closer, Jack no, stop, it’s fine, it’s just a panic attack, it’s not like they’re going to attack you with scissors or anything.

At which point, my guests picked me up and attacked me with scissors, forcing off my shoes, cutting my socks and filling the ends with loose change.

Here I am trying to write a charming newspaper column about coercing an unknowing woman into a legal bond … and the Danes just had to make it weird. 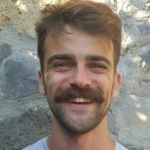