The local elections are local, but they mirror the temperature of our national politics.

Rudderless DF lost at sea
Most significantly, Dansk Folkeparti (DF), the largest blue party six years ago, lost more than 60 municipal council seats. Its leader, Kristian Thulesen Dahl, has resigned, and a new chair will be elected in January in the hope the tide can be turned. It’s ironic that January will come too early for the candidates who first come to mind.

Morten Messerschmidt has appealed against his fraud conviction and might lose his seat in Parliament if found guilty again. While renegade ex-minister Inge Støjberg, currently up to her neck in a constitutional case accused of unconstitutional baby-bride separations, needs four months of DF membership to become electable.

The outsider is Martin Henriksen. Fired from his consultancy job with the party for disloyalty, he advocates further austerity for foreigners as a means of fighting Nye Borgerlige.

DF cannot be blamed for other parties adopting its immigration policies, but only has itself to blame for its bizarre blackmailing of the former Venste government over matters such as the relocation of the radio station 24/7 away from Copenhagen. Worst was its insistence on a railway line to Billund Airport and a bypass for Mariager – with no documented need but the personal whim of local DF dignitaries.

Denmark’s first gay PM?
Can a new leader save DF? Well, Konservative’s got the t-shirt. Just eight years ago, it only scored 2.6 percent in the polls. This time it’s the undisputed winner with over 10 percent of the national vote and the mayor’s golden chain in more cities than ever (although it did lose Frederiksberg after 112 consecutive years of power).

Konservative’s proudly gay leader Pape Poulsen, who has lost weight and gained support, today heads the largest blue party according to the national polls. It will be interesting to see if he can come up with the more liberal policy on foreigners he needs to reach out to Radikale and make them swing from red to blue.

Mette through the mixer
That could be the reality in 18 months’ time at the next general election (mandatorily by 4 June 2023), as the PM, impressive during the pandemic, is losing ground for the first time in her tenure.

There’s no end to Minkgate and Mette getting grilled by the press over erased SMSs that may have contained interesting conversations between those in power. They may, for all we know, be completely innocent, but nobody knows and that is not good for the straight upper-lip she displays.

It’s no surprise that Socialdemokratiet had its poorest election result for decades, although it continues to hold power in Copenhagen and several other strongholds.

It lost truckloads of votes to Enhedslisten’s call for a revolution in Copenhagen – it proposed eliminating 30 percent of all parking spots! – but the extreme left party could never expect the majority needed to take the top job.

It was daring but ultimately suicidal. 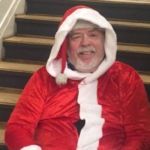