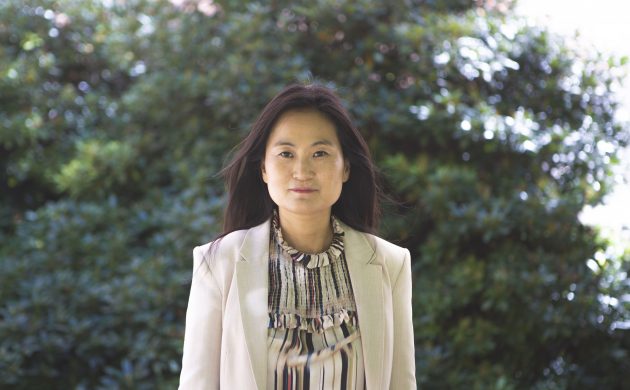 Enhedslisten will have two mayors in the next administration at Copenhagen Municipality – reward for winning the most votes in the November 16 local election.

The lord mayor’s seat was never realistically on the cards, as the far-left party would struggle to form the necessary majority – leaving Sophie Hæstorp Andersen free to continue the uninterrupted run of Socialdemokratiet mayors – but there was still some curiosity about what mayoral departments it would take.

The revolving door
Also continuing, but in the same departments are the mayor for healthcare and the mayor for employment and integration: Sisse Marie Welling (SF) and Cecilia Lonning-Skovgaard (Venstre).

This means the total make-up has changed, as the blue bloc has increased its representation from one to two mayors.

Women in charge
Furthermore, six of the seven mayors are now women, and so are 31 out of the elected 55 councillors.

The trend can also be seen in Frederiksberg, where there are more women councillors than men for the first time in the enclave’s history: 15 out of 29.

Distinguished US street musician Yul Anderson dead at 63
Yul Anderson, the American musician who became a resident of Copenhagen in 1983, has died at the age of 63. He was a distinguished musician who specialised in gospel, blues and soul, but as well as performing concerts and writing his own music, he also enjoyed playing on the streets. A regular on the CPH POST listings page in years gone bye, his love of street music is credited with transforming Købmagergade. He famously told media he did it out of his love for music, not money. As a builder of bridges through music, he was fittingly a nominee for the 2005 Nobel Peace Prize.

New clip for former hairdressing school
Extensive renovation work is being carried out on a building on Glentevej in Nordvest near Nørrebro Station, formerly the home of Copenhagen’s hairdressing school. Once completed, the 10,386 sqm property will be available for rent, according to renovators Jönsson.

Fierce fire in pet store
A large fire broke out last week at the Maxi Zoo pet store on Gammel Køge Landevej in Valby. One person was treated for smoke inhalation and extensive damage was sustained by the building. Gammel Køge Landevej was closed due to the lengthy time it took to extinguish the fire.

See you in that aisle, crocodile
Customs officers got a huge surprise at Copenhagen Airport whilst inspecting a package recently. Not only did a fair number of insects crawl out, but they also discovered two crocodile heads, along with several dried fish heads.

Violent gang confrontation leads to new visitation zones
Copenhagen police are introducing two visitation zones to stem an escalating conflict in the gang environment. One will be in Brønshøj, and the other includes parts of Nørrebro, Nordvest and Ydre Østerbro.

New monument pays tribute to life of Østerbro poet
Danish poet Inger Christensen is being honoured with a monument at Hjalmar Brantings Plads near Østre Anlæg park in Østerbro – just a stone’s throw away from where he lived for more than 30 years. Danish artist Kaare Golles made the monument.

Rebranded Netto opens on Godthåbsvej in Vanløse
A renovated Netto has opened at Godthåbsvej 195 in the Copenhagen district of Vanløse, launching a new concept for the supermarket: a special focus on fruit and veg.