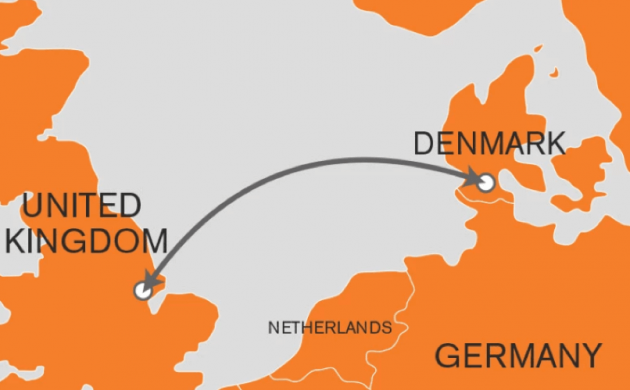 Just six and a half weeks after the film’s release, 1,000,000 tickets for the latest James Bond movie, ‘No Time to Die’, had been sold in Denmark.

Been expecting you!
One-sixth of the population went to the cinema to see a film they had been waiting to enjoy for nearly two years.

Fans drank martinis and queued up at cinemas dressed as 007, quoting their favourite Bond lines in ‘British’ accents.

The networking and partying around the British Bond theme demonstrated a close link between the British and the Danish cultures.

It proved to be an excellent basis for doing business with each other.

Green fingers!
November gave us COP26 in Glasgow, which moved us closer to achieving the new zero targets, even though the agreement was diluted in the closing moments of the conference.

The main event and side-meetings provided further opportunities for Danish and British companies and officials to work on sustainable energy solutions and build on our combined wind farm experience in the North Sea.

This is big business and while we tend to take note of the big players such as Ørsted and Vestas, there are hundreds of Danish and British companies involved in the complex construction and operational supply chains generating revenues and creating jobs on both sides of the North Sea.

Emboldened eyes!
Our relationship is not just about off-shore wind power.

For example, I learned that the UK is a significant supplier to the Femern Belt Fixed Link Project, which will become the world’s longest immersed tunnel for both vehicles and trains when it opens in 2029.

This trade has been achieved by using excellent working relationships to understand the requirements and map them to the UK’s capabilities.

It is so much easier to do business if the parties understand each other well. The UK and Denmark have a strong foundation that I look forward to building on in 2022.