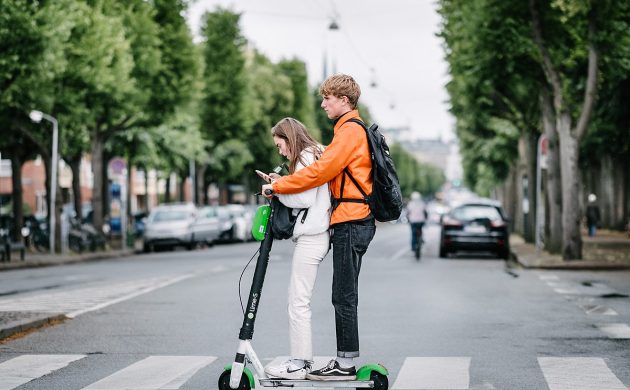 January 1 saw a slew of new laws come into effect in Denmark. Get an overview of the changes below:

Gender-based attacks classed as hate crimes
An amendment to the Penal Code has been passed in Parliament that permits attacks motivated by “gender identity, gender characteristics and gender expression” to be punished as hate crimes.

Previously, only attacks based on sexual orientation, ethnic origin, faith or disability could be classed as a hate crime.

Cigarette prices rise
The price of a pack of cigarettes has risen by five kroner across the board, taking the average cost to 60 kroner.

The last increase was in April 2021, when the cost of a pack rose by an average of 15 kroner. From 1 April 2022, all cigarettes will be sold in neutral packaging.

Speeding fines get steeper
From January 1, speeding fines will rise by 20 percent – the first increase since 2012, according to the transport minister, Benny Engelbrecht.

From now on, the minimum fine for violating the speed limit is 1,200 kroner.

“It is ultimately up to the courts to decide, but it will be somewhere between 700 and 1,500 kroner,” says Engelbrecht.

An experiment conducted by the Danish Transport Authority found that the risk of accidents was seven times greater on a scooter compared to a bicycle.

Digital products added to Purchase Act
An update of the Purchase Act entered into force on January 1, extending the timeframe in which consumers can complain about defective purchases from six to twelve months.

When a complaint is lodged within the new 12-month period, the seller is obliged to prove the product was not defective at the time of sale.

In addition, digital products like apps, games and e-books have been added to the Purchase Act and are covered by the same laws. Expect a little clumsy finger-pointing as customers, retailers and policy-makers grapple with early cases of defective digital products.

Child support must be split between parents
From January 1, any child benefit payouts will be divided between both parents if they have joint custody, whether they live together or not.

In the past, the entire amount was often allocated to the mother, but in support of gender equality the change was wrung in by a large majority vote in Parliament in 2020.

However, the new rules will not apply if the parents split up before 19 October 2021. In that case the full amount will still be paid to the parent who received the last payment in 2021.

If you moved apart after 19 October 2021 and therefore must share the benefits, there are some exemptions to be aware of. You can read more about them here.

Computers and smartphones getting more expensive
Just before Christmas, the so-called ‘blank media tax’, which affects electronics that contain storage space for data, was abolished for electronics such as hard drives, smartphones and computers.

The purpose of the blank media tax, which was also applicable to USBs and CDs, was to compensate artists for legal private copying. Its abolishment means that consumers will pay an extra 45 kroner for laptops, tablets and the like.