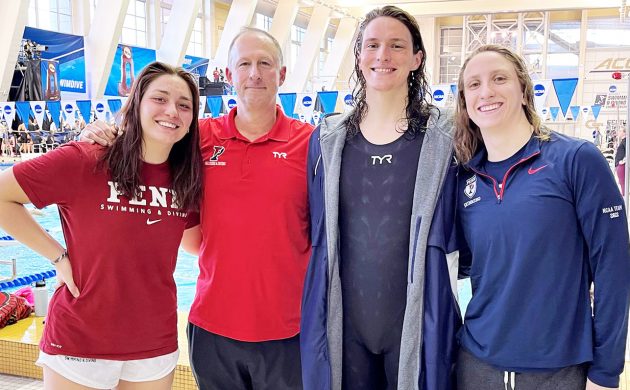 Gasp, horror! Lia Thomas is taller than some men too (photo: University of Pennsylvania)
April 24th, 2022 5:00 am| by Armelle Delmelle

Many people are asking “Do transgender women belong in sport?”

Honestly, if it was only up to me, this question would not even be asked.

A transgender woman is a woman and deserves a place in women’s sport like any other woman or girl. That is my opinion.

More than muscles
I see you coming with your muscle ‘facts’. But did you know that the hormones taken by transgender women while transitioning make them lose muscular mass?

So, can we maybe stop using that argument against people like Lia Thomas? She is not cheating. In fact, she had to wait a year into her hormone therapy to be able to compete again – and follow the rules.

So, what if – and this might sound crazy – she is just good at what she does? What if her times were just the result of her years of training before and after the start of her transition in 2019? I think it is sad that we only talk about her wins because she is transgender.

Hardly a worldbeater
Her latest triumph, at the time of writing, was the 500-yard freestyle at NCAA. She finished the race in 4:33.24, and critics called that ‘record threatening’.

However, the current record was set in 2017 by Katie Ledecky who swam the distance in 4:25.06. You want facts, then here is a big one: she was almost nine seconds slower than the record. In other words, she was closer to being caught by her competitors than breaking any records.

And if you look at her times before transitioning, she was much faster, so she has lost plenty of speed during the last three years.

On the weekend of her win, Thomas took part in two other races: the 200 and 100 yards in which she finished fifth and eighth. This shows she has a lot of work to do before we can really say she is dominating women’s swimming.

No reason to stop
Her next goal, now that her university career is done, is to qualify for the 2024 Olympics in Paris. Some people think she should not be allowed, but I am going to tell you why I think she should at least try.

The International Olympic Committee (IOC) has allowed trans athletes to compete since 2004, but we had to wait until Tokyo 2021 to see some of them: New-Zealander weightlifter Laurel Hubbard was the first.

In addition, the new rules set by the IOC do not even mention a maximum level of testosterone. The previously set level was to be under 10 nmol/L for a year – now what prevails is “health and bodily autonomy.”

Today, the only thing that could keep her from officially going to the Olympics is if someone could provide scientific proof that she has an unfair advantage. Good luck with that.

I am a feminist – call me a witch if you want – but I do believe that feminism should include anyone who identifies as a woman, with no regard to colour, sexual orientation, or if they are trans or not. If women’s sport exists, then all women should be allowed to take part in it.

So, to hell with those who say they do not have a place in sport, because they do. Representation matters. By supporting them, you support the kind of future in which your kids might see themselves.

Would you like to tell them they can’t reach their goal because the gender they identify with is not the one on their ID card? Meditate on that. 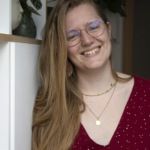 Armelle was born and raised in Belgium in what she likes to say is a large family where everyone is given the same chances. In her free time, she reads or takes pictures (you can follow her on Instagram @armellespics). But mostly she enjoys her time with her growing family and friends. Over the years a few friends have come out to her. She has always believed that the best option for her is to be an ally or at least to try. That is why she keeps on learning about this kind of topic. There is always something new to learn and deconstruct; this is a neverending and empowering task.