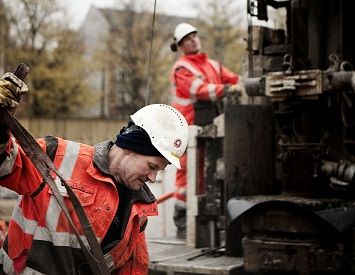 Self-employed people are working more at the weekends, according to figures from Arbejdskraftundersøgelsen, the labour force survey.

They reveal that 41 percent worked regularly on Saturday and Sunday during the first quarter of 2022 compared to 30 percent in the same period last year. In 2019 and 2020, the figure was 35 percent.

Some 53 percent of employed people aged 15-24 work at weekends, either regularly or occasionally, compared to 37 percent of 55 to 64-year-olds, the age bracket with the lowest proportion.

Israeli cow-free milk producer eyes huge facility in northwest Zealand
Israeli startup Remilk has raised 120 million US dollars to build a production centre in Denmark that it describes as the “world’s largest facility for cow-free milk”. Some 69,677 sqm in size, it will be based in an eco-industrial park in the northwest Zealand town of Kalundborg. Remilk uses a yeast-based fermentation process to produce proteins that can be used to make dairy products that it claims are identical to cow-produced ones in taste, but free of lactose, cholesterol and growth hormones. Remilk’s method has huge potential environmental implications. Compared to dairy farming, it claims to be 100 times more land-efficient, 25 times more feedstock-efficient, 20 times more time-efficient and 10 times more water-efficient.

Arla investing heavily in German milk powder facility
Arla has confirmed an investment of 190 million euros in its Pronsfeld dairy in Germany in a bid to greatly increase its production of nutrient-rich milk powder. The investment, historically the company’s largest of its kind, should enable the dairy to convert 685 million kilos of milk into 90,000 tonnes of high-quality milk powder every year, using a new 51-metre drying tower. It is in keeping with a growing international demand for sustainable, inexpensive and nutritious dairy products.

Ecco’s blisters in 2021 expected to be far worse in 2022
Ecco, the footwear company heavily criticised since late February for continuing with its operations in Russia, has warned of a likely fall in profits in 2022, but it has not given an estimate. The impact of the War in Ukraine will be hard-felt at a company that saw profits slide in 2021 due to the pandemic: from 23.1 to 13.5 million euros. This compared poorly with profits in 2018 and 2019 of 148 and 147 million euros. Ecco maintains that withdrawing from Russia would make 10,000 people homeless worldwide. Its 1,840 Russian workforce and their families account for half of the figure.

Police arrest man who might be the ‘Mr Big’ in money laundering swindle
During a money laundering investigation that resulted in four men being handed prison sentences ranging from two and a half to six years in 2020, there was a ‘Mr Big’ lurking in the background – a bit like Blofeld in ‘From Russia with Love’ – who the police were unable to identify. But a spin-off investigation has resulted in a 33-year-old man being arrested and charged with the laundering of 353 million kroner, according to the NSK special crime unit, which has been working closely with North Zealand Police and Skattestyrelsen. The five men are believed to be members of a money laundering network that used encrypted communication via EncroChat. Their network has helped avoid the payment of a triple figure million kroner amount to the Danish treasury in taxes.

Nemlig.com ordered to pay close to 5 million kroner in fines
Doorstep grocery deliverer Nemlig.com has been ordered to pay 4.7 million kroner in fines in relation to a dispute with Copenhagen Municipality over its underpayment of employees. Following an encouraging performance during the pandemic – especially in 2020, when the company announced its first ever profit – Nemlig.com has been losing contracts with municipalities across Denmark. The municipalities of Odense and Gentofte terminated their contracts last April and June, citing the online supermarket’s failure to provide information about the working conditions of subcontractors’ employees. Nemlig.com has always maintained it cannot provide information about drivers because they are employed by subcontractors. Nemlig.com, which is owned by the Intervare courier company, at one point had contracts with 40 municipalities – mainly to service elderly people.

Nike to open megastore on walking street close to Rundetårn
Nike is opening a megastore in Copenhagen this autumn – the first of its kind in the Danish capital. The 725 sqm site is located near the famous Rundetårn on Købmagergade – a walking street that runs from Nørreport to Strøget – and is part of The Trinity Quarter, a recently renovated retail hub consisting of historic buildings. Rented through global property company Hines, the quarter also includes a 25hours Hotels outlet boasting 243 rooms.

Stellar year for gourmet licorice producer
Last year was a good one for licorice sales if the country’s top gourmet producer is anything to go by. Sales at Lakrids By Bülow shot up by 14 percent to an all-time record of 293 million kroner. E-commerce accounted for 36 percent of the revenue, and sales shot up overseas: most noticeably by 33 percent in Germany and by 25 percent in the UK. Lakrids By Bülow was founded by Johan Bülow in 2007 in Svaneke on Bornholm.