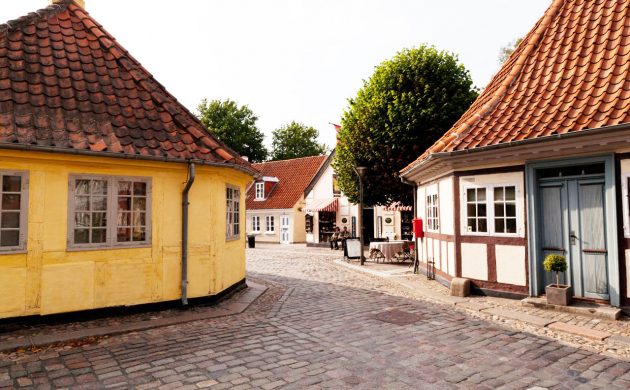 A museum around every corner: don’t make an exhibition of yourself! (photo: visit denmark/ Kim Wyon)
June 4th, 2022 5:00 am| by Conrad Molden

Most of my job is performing stand-up comedy shows for people privately at their homes or businesses, and many of those are far out in rural Denmark. My life as a stand-up comedian takes me to some tiny towns and, believe me, there are plenty of them in Denmark.

Road trip to the dark side
These faraway regions have many names: udkantsdanmark, Lars Tyndskids Mark or Where the Bonderøv live. In 2021, despite the pandemic, I still travelled almost 11,500km inside Denmark (further than Copenhagen to Buenos Aires) and much of that was out in the middle of nowhere. A confirmation outside Bastrup, a festival on Anholt, a school by a lake in Glamsbjerg … my specialist subject on any quiz show would definitely have to be: Danish motorways and how to get lost using Google Maps.

Even my home of Aarhus, the second largest city, feels like a village on a global scale. It has a population of roughly 350,000, yet still smells like farm and wet pigs every time the aeroplane door opens.

There are some gems, I won’t lie. I have been surprised by the beauty of Ribe or the views in Faaborg.

But I have also seen the dark side of udkantsdanmark: the deathly boring centres of tiny towns. Places where there are literally seven houses standing around a Circle K. Towns where the local bus comes every three weeks. Towns where you see the curtains twitch in the houses as the local people peep out to see who you are (because the last visitor was in 1997).

Taken for a ride in Anholt
While some villages are terrified of visitors, others desperately want to attract them.

On the island of Anholt (136 people) I couldn’t help feel there were an awfully large number of ‘museums’ in the local town considering how few people lived there. I visited a couple and realised they weren’t museums at all, they were just houses with things inside. Clearly, the villagers had got together to boost the island’s tourism and decided that anything could qualify as a museum.

“Søren, you have a lot of teaspoons. Put them all on your dinner table, stick a sign outside the front door and charge people 120 kroner to come in. ‘Det Gamle Anholt Teskemuseum’, perfect.”

“Birgitte, that isn’t just a garden, now it’s the ‘Verdensberømte Anholt Grøntsagshave’. Fill some old glass bottles with soda from SuperBrugsen and tell them it’s økologisk hjemmelavet limonade – you’ll be driving a Porsche by the end of the summer.”

There really needs to be some government agency holding these tiny towns accountable. Anholt would have a population close to zero after all the arrests.

No pizzas de résistance
Some small towns aren’t lucky enough to even have anything interesting enough to turn into a museum. Instead, the beating heart of town is a rundown pizzeria/grill.

You’re guaranteed to have the worst pizza of your life in these places. On the road, desperate for food, I have all too often fallen for the trap of ordering food from these places. The kind of small town pizza where luminous orange oil drips from every slice.

It’s exhausting to travel to so many tiny places, but also incredible to perform for so many different people. In fact, I really have got to see most of the country.

And yes, I do have an 80 kroner Anholt Teskemuseum køleskabsmagnet on my fridge. 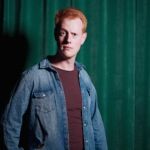