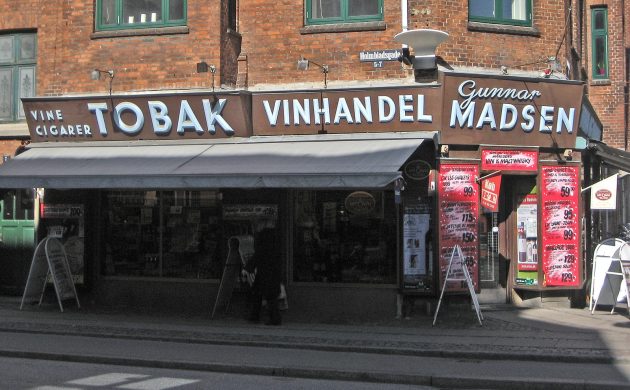 A shocking stabbing in Amager yesterday has left a doctor fighting for his life.

It is believed the medic was making a home visit on Holmbladsgade, a road that runs from Amagerbrogade in the direction of Amager Strand, which was blocked off following the incident.

Suspect is 30-year-old man
The man thought responsible, who was arrested quickly after the stabbing, is believed to be 30 years old.

He will appear at a court hearing this morning.

Fire breaks out at Copenhagen Zoo
A fire erupted in the giraffe barn of Copenhagen Zoo over the weekend, but fortunately the authorities were able to keep it under control. Firefighters in collaboration with staff at the zoo were quick to act and extinguish the fire. Giraffes, along with nearby ‘Savannah’ animals, including rhinos and zebras, were safely evacuated, but it is thought some weaver birds were exposed to smoke and require treatment. It is thought the fire was caused by a faulty technical installation and spread through the ventilation systems.

Copenhagen’s Pride celebration ranked a lowly 35th on global list
Copenhagen has ranked 35th on a global list of the top Pride celebrations compiled by Airbnb. Following the pandemic, it is estimated that at least 75 percent of the LGBT worldwide community will make at least one foreign trip this year to a Pride celebration, according to GAY TIMES. Top of the list could be London, the number one ranked Pride celebration on the planet. Paris, Rome, LA, Lisbon, Barcelona, Toronto, NYC, Milan and Madrid completed the top ten.

A system of reusable takeaway packaging proposed at Oceana
In an efforts to reduce plastic pollution, Copenhagen Lady Mayor Sophie Hæstorp Andersen and Maja Rosenstock, the head of Danish Restaurants and Cafés, were both recently involved in a panel discussion organised by Oceana that focused on the need to reusable containers for takeaways. This can be done by creating a system where people deposit their takeaway packages just like they do with their plastic bottles. Takeaway packaging is one of the most used types of plastics among the Danish public. Oceana has published a guide that includes some of the best practices to apply these solutions.

Less parking spaces for motorists during Tour De France
The Tour De France, which will commence on July 1 in Copenhagen, will impose immense restrictions on driving. From June 30 to July 2, parking on a great number of roads will not be allowed as around 2,500 parking spaces will be taken. Additionally, failure to move the cars from these roads on time will result in heavy fines. It is best advised to move your car by June 27. Check here to find out more about parking conditions.

Close to 400 arrested for cannabis sales
Close to 400 people have so far been arrested this year for cannabis sales mostly related to Pusher Street in Christiana. According to Copenhagen Police, the majority of the people arrested are from marginalised and socially disadvantaged groups who are exploited by gangs. Of the 381 arrested since January 1, 109 have been retained in custody and will probably face charges.

Processing times for building permits taking more time than usual
Waiting times for building permit in Copenhagen have never been longer. The processing time of a simple construction case can take 40 days, while a more complex construction can take up to 60 days. In one case, the waiting time was more than 200 days. Teknik- og Miljøforvaltningen had promised to rectify the situation, but has now said doing so by January 2023 won’t be possible.

Fire safety initiative following Vanløse fire
Following the major fire in Vanløse on 25 March, the Housing and Planning Agency has launched an initiative to raise awareness of fire safety. The agency wants to particularly reach out to residents of buildings similar to the one destroyed by the Vanløse fire. A recent report issued by the Institute of Fire and Security Engineering contends that the fire risk could have been reduced had the roof not been so combustible.