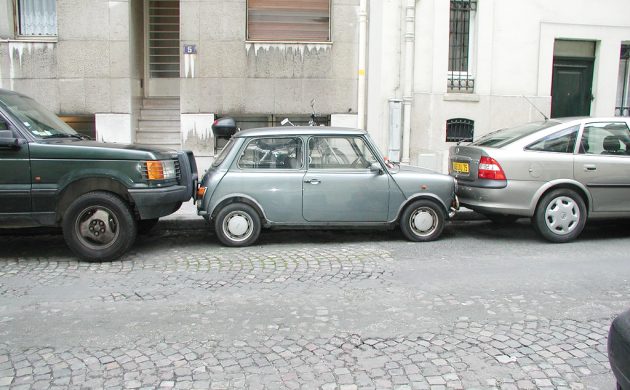 Anyone trying to squeeze their car past this is going to need Vaseline.” I muttered, looking at a badly parked car on my street. It was not any old badly parked car, being also ostentatiously large and belonging to the new ‘neighbour we all hate’.

He bought the house for a song and then brutalised it with a preposterous refurbishment. The adjacent houses sprung cracks in their walls and the whole street had electricity and water cut off several times a week for months – just when so many were working from home.

A warning notice would be posted in our letterboxes the day before, but who checks their letter box every day?

Horrified of Hellerup
“I’d thought, living in Denmark, I’d be able to rely on running water and electricity,” I posted plaintively on our street Facebook group. “Is anyone planning to complain?”

A fair reply would have been: “Why don’t you complain yourself?” Compose a stiffly-worded missive signed ‘Horrified of Hellerup’?

Well, here’s the thing: I’ve never got the hang of complaining in Denmark. There are multiple obstacles in my way. I can’t manipulate the language well enough, plus I feel like my complaint won’t be taken on board because they will think I am an American tourist (and no-one takes their complaints seriously … obviously).

Blackbelt language proficiency
When I was back home in the UK recently, I started complaining in the arrivals hall of the airport – in polite and righteous tones of course – and kept it up until the moment I left. I felt capable, empowered.

This is honestly what should be on every country’s language and citizenship exams: a thorough multiple choice exam on how, and when, to complain. Because effective complaining is surely blackbelt level when it comes to language ability and cultural mastery.

The role of a guest
I turned my gaze from the badly-parked car to the sleepy street. It was dark and people had their lights on, so I could see into my neighbours’ houses (side note: what do Danes have against curtains?). It was the embodiment of hygge and, more importantly, my home, yet I still feel I’m a guest … and a guest shouldn’t complain.

I looked around to see if there was anyone out who might help me pen a note expressing my indignation to the annoying neighbour, this time asking him to park closer to the curb.

You’re a good cat, CB
But no-one was around except my cat, Charlie Brown, who was slouching towards me along the pavement. The preposterous refurbishment was difficult for Charlie, as he didn’t like the vibrations of the building work. But it had the advantage that the construction waste turned the house’s whole front garden into a giant litter tray.

He paused while I stroked him and gave me a look of deep understanding, as if to say “Leave it to me, I’ll sort this one out for you”. He lumbered up the steps of the disliked neighbour and, turning to face me, arched his tail and let rip a magnificent jet of urine onto the guy’s front door.

Needless to say, there were extra treats for Charlie Brown that night. 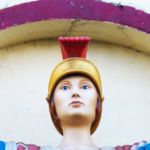 After living in Copenhagen for more than ten years working for an international organisation, Expatria doesn’t have a bestselling book or a career on the stage. Her house is messy, she looks her (middle) age and half the time her life is in chaos. Like most of you, dear readers, she doesn’t conquer, rock or manifest anything, but instead muddles through, leaning heavily on her sense of humour and engaging personality.