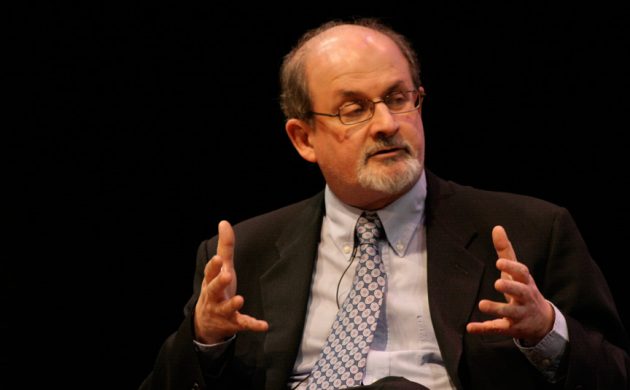 “Great he stood up to the theocrats but I am amazed they understood it well enough to take umbrage. I found it a disjointed word salad,” one reader observed on Amazon. “Boring”, “hard to read – no continuity” and “not sure it was worth killing over” are common observations.

Indeed, it’s well documented that Ayatollah Khomeini, who issued a fatwa on the novelist’s head in 1989, a year after ‘The Satanic Verses’ was published, never read the book.

And there’s a fair chance the same will be true of the thousands of Danes who have been buying the book since the 75-year-old novelist was attacked and stabbed at a literary event at the Chautauqua Institution in New York State on August 12.

Number one in Denmark and Norway
‘The Satanic Verses’ is currently number one on the bestseller list published by the country’s largest online book retailer Saxo.com, as it is on many lists across the world, including in Norway.

On Twitter, users have been calling on people to buy Rushdie’s books as an act of solidarity. ‘Midnight’s Children’, his most acclaimed novel, is also flying off the bookshelves.

In Denmark, ‘The Satanic Verses’ was translated and published by Gyldendal. It remains to be seen whether it will follow the lead of Norwegian publisher Aschehoug and reprint it.

Meanwhile in the US, Rushdie’s attacker, a 24-year-old man from New Jersey, has pleaded not guilty to a charge of attempted murder.