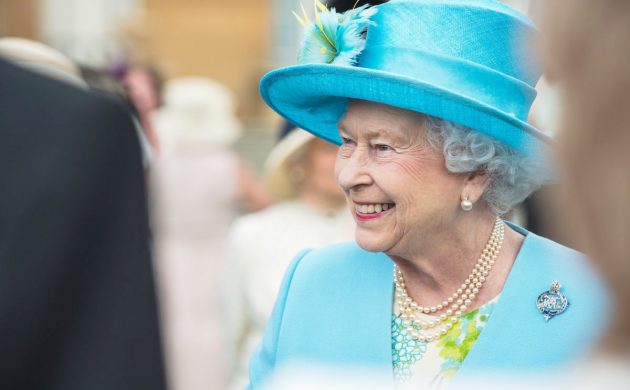 Think of the greatest evangelists and I wonder which names come to mind?  Desmond Tutu, Billy Graham, Martin Luther King or, in Biblical history, Mary the mother of Jesus, Mary Magdalene or the Samaritan woman?

The head of our church
In July, while attending the General Synod of the Church of England as one of the dioceses in Europe, among the many interesting and insightful debates concerning our common life, I was called to consider the significance of one extraordinary life.

I realised that one of our greatest living evangelists, who this year is celebrating her Platinum Jubilee thanks to 70 years on the British throne, is Her Majesty Queen Elizabeth II.

As supreme governor and leader of the Church of England, she is the one to whom all priests and bishops swear allegiance.  However, she has not just been a mere functionary but faithful to God as a servant of Jesus Christ.  She is a woman who is fervent in public worship and private prayer.

Among the many images of her coronation we can still picture her walking up the long nave of Westminster Abbey where she went straight past the throne to kneel at the high altar in silent prayer – a reminder that England’s constitution is that the monarch gives their allegiance to God, before anyone gives allegiance to them.

Monarchy is not about the ability to win an election or popularity or sustain the approbation of others. Intrinsic is the subjects’ loyalty to something higher than the individual, and for that reason it is offered to both good and bad rulers.  As in the case of clergy: “the unworthiness of the minister hindreth not the sacrament.”

Admirable commitment
Our admiration and respect for Queen Elizabeth II does not stem from her longevity, but rather from the way she has adapted to the changes and challenges of the world. Over  the course of her long reign we have witnessed a sovereign who has publicly and faithfully stood by her commitment and service to the nation and Commonwealth.

Our celebrations spring from a recognition of the great Christian paradox that it is in the giving away of ourselves to others that we receive ourselves back and our own personality forms and grows. One of the Queen’s favourite and oft quoted Bible texts in her Christmas addresses comes from St Mark’s Gospel: “The Son of Man came not to be served but to serve; and to give his life as a ransom for many.”

Extraordinarily, through her addresses to the nation, she has given people the ability to be real about their lives (remember the annus horribilis?) – to simply trust God, humbly serve the people and boldly proclaim her faith.

We are privileged to witness this service to her public and the Lord. It is not just something for other monarchs, or even clergy, to emulate, but all baptised Christians.

A funny girl worth saving
While admiring Queen Elizabeth II’s selflessness and service, I would also like to pay tribute to her sense of humour.

There is a wonderful story of a tourist who met a lady in a headscarf walking her dogs somewhere near Balmoral Castle in Scotland.

Stopping for a brief chat as they admired the countryside, the tourist asked if she had ever met the Queen, to which the ‘lady in the headscarf’ replied: “No, I have never met the Queen,” before pointing to her bodyguard nearby and adding: “But he has!”

God has indeed answered the prayers of the people that her ‘reign over us’ is a long one. Witnessing her faith at this time of street parties and public celebrations, I proudly call myself an Elizabethan and say “God save the Queen”. 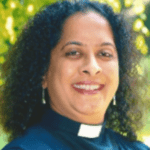 Born in India, adopted by Wales and England, Smitha (chaplain@st-albans.dk) is the priest of St Alban’s Church. Recently appointed Honorary Canon of the pro-Cathedral in Malta for outstanding work in Copenhagen and for bettering the cause of racial justice in the Church of England, she has travelled widely, working in advisory and advocacy capacity on matters of liturgy, vocation and social justice