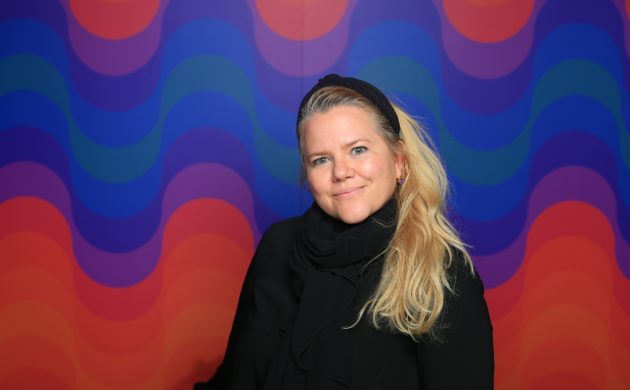 One of them was Anastasia Valentin Rasmussen, a Belarusian entrepreneur who moved to Denmark in 2000 but only acquired Danish citizenship when the law changed. She is one of the Moderaterne candidates in the Copenhagen Suburbs. “It’s such a big experience for me, I feel privileged,” she told CPH POST.

Should Rasmussen be elected, one of her main priorities will be furthering the cause of foreigners: “I think it’s important that the minorities are more present in Danish democracy.”

At present, she feels they are hugely under-represented. “Around 10 percent of all grown-ups in Denmark are not able to vote. I think it’s a big problem. It’s not only refugees, it’s also people who come here with good jobs and high education, live here for a long time and pay taxes, who really participate in the society as a good citizen but can’t take part in the democratic process,” she added.

Denmark’s first dual citizenship MP?
Anastasia came to Denmark in 2000 to study when she was only 18. She felt really comfortable in the country and decided to stay, live here and raise a family. She kept her Belarusian nationality so she could return easily to her native country and visit her family.

And then the possibility of dual nationality – first announced in 2014, which has been “a really good initiative”, according to Rasmussen – opened the door for her to get involved in politics.

But what are her chances of realistically becoming Denmark’s first dual citizenship MP? Given Moderaterne’s recent surge of popularity, they are not impossible, but much will depend on how many personal votes she gets.

Copenhagen Suburbs offers 17 seats, of which Moderaterne will probably win one or two. Rasmussen is one of six Moderaterne prospective MPs in contention, but will her cause attract the support of other dual citizenship Danes in the area? November 1 will reveal all.

Moderaterne: the new party smack in the centre
Founded in June 2022, Moderaterne is a centrist party that doesn’t belong to the Red Bloc or the Blue Bloc.

“We call ourselves purple because if you mix red and blue you get purple,” Rasmussen added. Moderaterne prioritises work, family and the green transition.

According to Rasmussen, most of the Moderaterne candidates “are running for the first time” in an election in the “hope the Parliament will represent more ordinary people, and reflect the society the way it is”.

“I do believe that you don’t need to be a professional politician, to have degrees in political science, sociology or economy to be able to be part of Parliament,” she reasoned.

Despite the competition between the members for the personal votes, Rasmussen maintains “there is a good atmosphere in our party and we really support each other”.

But how does it work?
Parliament is made up of 179 seats: 175 for Denmark, two for Faroe Islands and two for Greenland.

The election will be held on November 1 in Denmark and Greenland, and on October 31 in the Faroe Islands, because November 1 is a memorial day there.

Some 14 different parties are running for Parliament, and in total there are 10 election regions. Parties can decide to divide a big region into fewer small ones with a candidate in each small region, or let all the candidates compete with each other.

It is possible, however, that the candidate with the most personal votes is not given a seat – in the event the party only wins one seat in the region. The party has the right to hand the seat to another candidate in such a case.