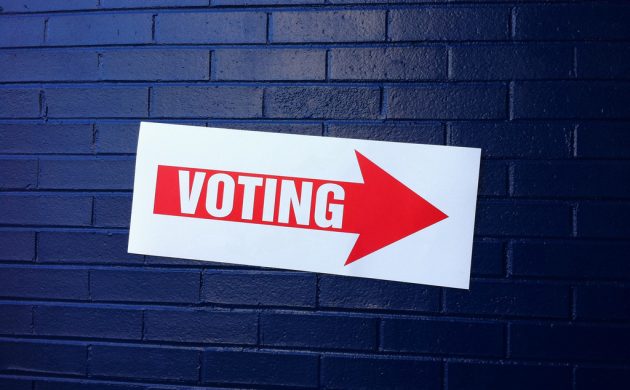 Voting has begun in the 2022 Danish General Election! Crowds started to form in the early hours at voting stations across the country, with many anxious to exercise their democratic right before heading off to work.

And it’s no exaggeration to say it’s mayhem out there for commuters in the vicinity of polling stations.

The polls will close at 20:00 tonight, but by the look of it, most of the country have already voted!

Healthcare reform a major talking point in final days
In the final televised debates before the big day, PM Mette Frederiksen said that she and Moderaterne leader Lars Løkke Rasmussen would probably, if they are part of the majority following the election, agree on reforming the healthcare system.

First results in from the Faroes … and it’s one-all
The Faroe Islands went to the polls on Sunday and, as expected, it’s an MP a piece, with one supporting the Red Bloc and the other the Blue Bloc. One of them is Anna Falkenberg, who becomes only the second woman in history to represent the islands – the first since 2001. She will support the Blue Bloc. However, three other Faroese women have won representation in the Danish Parliament before, but not as the islands’ representative MPs. The turnout, as it tends to be on the islands, was small.

SF wants psychiatric boost
With Denmark’s psychiatric sector in desperate need of an upgrade for some time now, Socialistisk Folkeparti (SF) announced that the party would allocate 35 billion kroner to the area over the next eight years. The party claims the delay of measures in the field of mental health are crippling the nation in the wake of the COVID-19 pandemic.

Many still undecided
A new poll conducted by Megafon for TV2 claims that more than one in seven voters have not yet decided who to vote for as polls open. The figure is higher than in previous elections, and part of the explanation lies in the fact that the Danes now have up to 14 parties to choose from. Undecided voters lie mostly within the Red Bloc.

Inflation a major issue for voters
The economic situation engulfing Europe is one of the key objects of debate on the current election scene. The various proposals for dealing with inflation (ranging from aid alleviation to tax cuts) are issues that are of immense interest to voters and can serve as a decisive factor in the election.

Incendiary LGBTQ+ remarks
Elif Gökce, a Kristendemokraterne parliamentary candidate, has been banned from speaking on behalf of the party, and also from participating in several debates, due to homophobic comments that linked LGBTQ+ people to paedophilia.

Pape power on social media
Konservative head Søren Pape Poulsen is the politician who has spent the most funds nationally on advertising on social media during the election campaign so far. From October 15 to October 22, Poulsen spent 502,006 kroner.