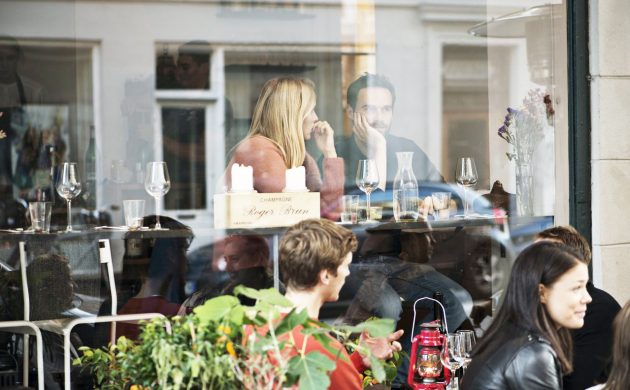 The moment when the end of the date gets too real: the bill arrives!

Waking up to the bill

Jennifer from the US was smitten by her newly met, cute Danish hulk until she went for a few drinks with him and his friends. The night was hygge and fun, but the morning got cold and practical. She woke up to a MobilePay request for 90 kroner. OUCH! She was prepared for the weather but not the cold note: “Your share”!

I know. Why should he pay for her? Why was she shocked?

They say it takes about 21 days for a habit to change. Not quite true for Jennifer. She went on more than 21 dates and her expectations of Danish chivalry remained strongly intact. So splitting the bills 50/50 crushes her bubbly American soul time after time.

The thing is, for Jennifer this goes beyond dating. “I pay for my friends, and they pay for me in return – we don’t count to the dollar,” she explains.

Caution in costly Copenhagen
I had similar views to  Jennifer when I first arrived in Denmark. Things should feel smooth when it comes to hanging out with friends – it’s just money!

Going ‘Dutch’ with friends, let alone with dates, felt unnatural and created friction. However, after living in Copenhagen for a while, I quickly got the gist of it!

After a series of ‘my shout’ nights out, I started feeling the friction with my bank account. My ‘fun’ budget exploded, and so I started the ‘No, we are splitting’ journey.

The living costs get the better of you, and your generous money attitude gets ‘Scandified’.

Don’t take it for granted
Nevertheless, my friend Olga from Poland won’t entertain this logic – especially when it comes to being asked out by a guy. She maintains: “If a man likes you, he should show you that.”

This fits very well with the approach of Marco from Italy who loves to show his appreciation for the women he’s seeing by planning dates and footing the bill.

BUT! We are in the land of the egalitarian Danes. The way you participate in the dating sphere sends a clear message to your Danish date, according to home-grown Dan.

When a woman does not offer to share the bill, she can be perceived as though she wants to be taken care of: that she’s not self-sufficient, nor independent … and she’s not a team player.

That’s quite a turn-off for Dan who does not mind paying for his date from time to time, providing he feels she is sometimes reciprocal: for example, by offering to get the drinks and popcorn while he gets the cinema tickets.

Equal partners at the table
On the other hand, when a man insists on picking up the bill, he might make his date feel uneasy and a little annoyed too.

This happened to my client Melanie. She’s a strict German woman that likes to set clear expectations and not end up in a situation where she’s asking: “Do I owe you something now?”.

She met Jacob online. They spoke for weeks, and for the first date they went to a fancy restaurant. Jacob was an old school kind of Dane, and he jumped on the bill right away. Melanie took out her wallet and offered to share the bill, but Jacob was adamant about paying the whole thing.

This made Melanie very uncomfortable. They had a four-course meal and the bill reached over 700 kroner. She dropped her protestations in the restaurant, but transferred her share as soon as she got home.

It created untold hassle that led nowhere, and they never saw each other again.

The inviter should pay, surely?
First lesson! Do not go to a fancy restaurant on a first date. Why would you share a full-blown meal with a stranger you met online?

As for the money dance, in Denmark and beyond, the person inviting, be it the man OR the woman, is the person with the plan and the details – hence the responsibility of paying.

A well-mannered man offers to pay, but a well-mannered woman should not assume that the man will pay for everything all the time. Mutual appreciation is highly sexy!

You can show your appreciation through a gesture or go full-on bookkeeping mode and kill the romance. 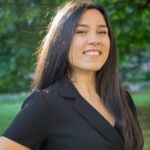 Maroua is a dating coach. She helps young professional women who are tired of dating BS and want a healthy love life. Maroua is about to launch a new podcast that covers how to reset confidence in yourself and dating, where to find great men… and more. If you have any dating-related questions you would love to have answered, email her at  maroua@marouasajeb.com. Connect via facebook.com/maroua.saj.