It was widely thought that David Cameron would have announced the date of a referendum on Britain’s EU membership by now, but the timing is crucial. The Danish referendum last week simply adds fuel to the fire of the seriousness of the need for EU reform.

The British PM needs to find an appropriate time when he can leverage UK interests with the French presidential elections (March/April 2017) and the German federal elections (September 2017) – especially as we don’t know whether Angela Merkel will run for a fourth term.

Momentum for reform
Cameron may be hoping that the Scottish elections in May 2016 act as a Brexit domestic distraction. Furthermore, if the Scottish referendum has set a precedent, then an ‘enabling act’ will take about nine months, which in itself will take us into 2017. In this case, the most ideal moment may be just before the German federal elections in the autumn of 2017.

According to the Independent, Cameron is now confident that European leaders are embracing the need for change and want Britain to continue playing a leading role in the EU. There seems to be more momentum than ever behind Britain’s campaign for EU reform. If this is true, then there is credibility in Britain aligning an EU referendum with the German and French.

Another tight race
Meanwhile, Cameron might use his clear majority to insist on setting the rules for the referendum. For example, the voting rights may be similar to a general election: British, Irish and Commonwealth citizens, as well as British expats who have lived abroad for less than 15 years, will be able to vote, while EU citizens based in Britain will not.

So the question is whether Britain will exit or will the British government gain credibility among the voters through reform? If recent polls are correct, the pro-EU lead has recently dropped by 16 percent. The most recent pro-EU high of 61 percent in 2000 (with only 27 percent favouring an exit) has fallen to 45 percent in favour and 38 percent against, according to an ICM poll in October, while two recent YouGov polls suggest the Brexit vote is slightly ahead. This could possibly be explained by the refugee crisis.

Without a real reform commitment agenda, Cameron may be faced with a greater challenge than the 2014 Scottish referendum. It may well be that Britain’s
real dilemma is: reform or the voters will exit. 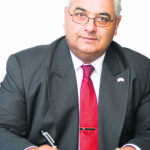 Mariano A Davies is the president & CEO of both the language learning provider Oxford Institute (oxfordinstitute.biz) and the British Chamber of Commerce in Denmark (bccd.dk). BCCD, the Danish arm of a global network of British chambers, provides networking and facilitation through events and other professional services for the business community in Denmark.