Can anyone else see the irony in Britain being frog-marched away from France et al? (Photo: iStock)
September 3rd, 2016 7:00 am| by Stephanie Brickman

I get woken up by a news text from DR. I’ve got blurry morning vision and I can’t find my glasses, so I stumble to the window to get better light. I focus on the word ‘forlade’. I am pretty sure it means leave … it does mean leave. Despite my postal vote, the UK has decided to leave the EU.

“I have a nightmare”
A couple of hours later there’s an informal emergency meeting of four Brits at my work. We huddle around my phone listening to David Cameron’s I-am-no-longer-the-captain speech. An atmosphere of doom descends.

Having lived most of my life in Scotland, the Scottish independence referendum caused much soul-searching. One of the things that made me hesitate about becoming a straight ‘yes’ voter was the threat that Scotland would be shoved to the back of the queue for membership of the EU. Now the very government that made that argument has allowed a situation to materialise in which we are being dragged out of the EU against our will. Who do we sue?

Sure we’re sore, it hurts
If the Remain Campaign had won, those wishing to leave the EU would be regrouping and planning the next Brexit campaign – no limit to how many times they could have a go at it. A remain victory would have been temporary, but the Brexit victory is disturbingly irrevocable.

A petition does the rounds asking for another referendum. I sign along with millions of others. On Facebook, a parent from my daughter’s school rants about the petition. (I can’t remember how this morose and abnormally short man wound up connected to me on social media.) I’m miffed; he’s a Dane with nothing to lose so I stupidly engage and get trolled by him and his online entourage. They tell me I’m a “sore loser” and I should “get over myself”. I don’t think they’re grasping the gravity of the situation.

No plan = panic
My husband, meanwhile, is in a flat spin panic that he will have to learn Danish properly to stay here and is trying to find out whether getting the same score as a monkey on a multiple choice and nodding through an oral exam would work. We have been in Denmark for almost five years and, as such, can apply for permanent residence permits. The only problem is we aren’t sure we are staying long-term. On the other hand, we don’t actually want to leave. We are completely devoid of a plan.

It turned out Cameron didn’t have a plan either. Boris Johnson didn’t have a plan and neither did Nigel Farage. It seems they just never thought Brexit would become a reality. I imagine myself in a Danish old folks home unable to understand anyone and thinking it’s because my hearing aid is playing up. We need a plan. 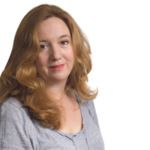 Stephanie Brickman made the hop across the North Sea from Scotland to live in Denmark with her distinctly un-Danish family. This 40-something mother, wife and superstar is delighted to share her learning curve, rich as it is with laughs, blunders and expert witnesses.