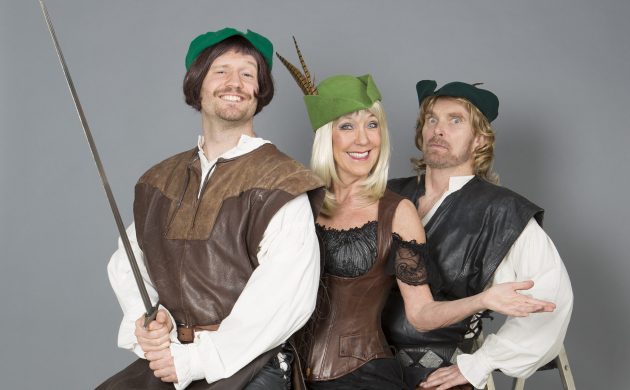 In November, December and January every year, 60,000 people come to Tivoli to enjoy the fun of my English-language Crazy Christmas Show. Many Danes say that it’s not really Christmas unless they have seen it with friends and family.

No procedural wildcards
The show has become one of those many traditions that the Danes love, and every year, I am bowled over by their adherence to them – whether it is making speeches at dinners, drinking the first julebryg beer of the season, eating duck on Morten’s Evening, hoisting a Danish flag for a birthday, using Valentine hearts for Christmas decorations or many more.

So many Danes say: “We always do this – it’s a tradition in our family.” It is no wonder that the annual New Year’s Eve TV show ‘Same Procedure as Last Year’ is so popular in Denmark. And now the Crazy Christmas Show has become a part of traditional Danish life as well.

Doctor’s calling card
As with all traditions, it’s necessary to shake them up sometimes, and as the writer of the show for 34 years, that task falls to me. I have created a few traditions of my own over the years that I would often like to drop, but I can’t because my audiences expect them.

So there is always plenty of audience participation, and familiar characters who pop up in unfamiliar circumstances, like the Danish doctor Dr Bent van Helsingør, whose opening lines are so well-known that they are shouted out by the audience. The Dame – a man dressed as a woman – appears each year and provides some of the wildest laughs in the show.

Donald’s rump is barred
Every year I include topical content: usually a joke or two about a Danish politician or a celebrity who has hit the news. This year, with the upheaval of Brexit and the most extraordinary US presidential election in recent history, I realised I had to feature these subjects.

Hence this year’s hero, Robin Hood, not only steals from the rich and gives to the poor, but also provides a haven in Sherwood Forest for immigrants from different countries and backgrounds. They are not welcome in England anymore.

Their rotten adversary is the Sheriff of Nottingham whose name is Ronald Rump and he lives in Rump Tower with his latest eastern European wife. He makes the peasants build a wall around Sherwood Forest and his business project is to chop down all the trees and make a golf course for the rich barons.

A selection of other well-known characters who end up in Sherwood include William Tell from Switzerland, Legolas from Middle-Earth and even the British celebrity chef Gordon Ramsay. Yes the show is as crazy as ever, but with a lot more satire than usual.

And who knows what the outcome of the US election will be? Rewrites may be essential! But whatever happens, if you want to experience Danish tradition with a twist, don’t miss the Crazy Christmas Show at Tivoli. This year we are really ‘Shakin’ Up Sherwood!’.