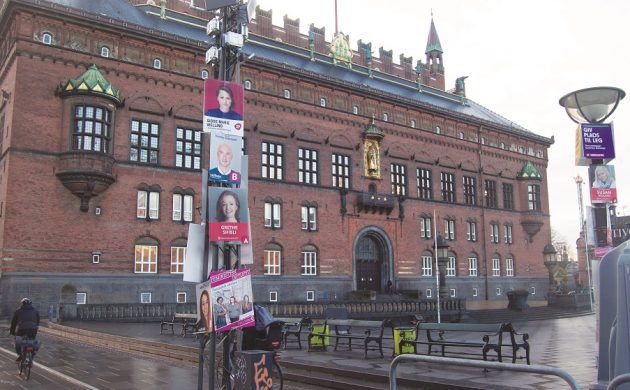 Local communities and regions are being called to the ballot box. These elections are held every fourth year – and never in between – so on November 21 the country’s municipal and regional councils are up for re-election.

On the night following the election we will probably see strange coalitions being formed and dissolved before the dawn breaks, with the new – or old – mayor presenting him or herself.

The constellations formed do not necessarily follow the national political pattern; blue becomes pink or reddish or the other way around before the wheeling and dealing is over.

Being a council member is not terribly well paid. Even the country’s mayors are likely to earn more from their day jobs. But only one person is going to become mayor.

Or at least outside the cities of Copenhagen and Aarhus, which both have a system whereby a number of deputy mayors are appointed according to the political parties’ relative political representation. If you get 10 percent of the votes, you are entitled to a deputy mayorship.

Lucrative bait
The heads of local municipal councils are paid reasonably well, but hardly enough to justify them being a full-time posts. The secret, though, is the municipal council’s ability to appoint the directors of the public utility boards. These services have increasingly been carved out from communally run entities to become communally owned limited liability companies run by directors who are not professionals.

Publicly-elected local politicians hold these positions, which are often well paid, regardless of whether the candidate has any relevant qualifications. These positions are the rewards dangled as bait when the time comes to constitute the majority to back the mayor. Some people can get more than half a million kroner on the side at this game.

It’s not a pretty sight – it’s a clandestine hand-to-hand fight, overruling old friendships and alliances. If you win it’s worth the dirty business, as you have four years in which to kiss and make up and get ready for the next election.

It’s a numbers game
On a national basis the political parties regard mayorships as political trophies, so we will see mayor tallies brandished as visible manifestations of the success of the hunt.

Dansk Folkeparti are hoping for one or two mayors. Alternativet, Socialistisk Folkeparti, Radikale and Enhedslisten are just hoping for representation. The bulk of the country’s big city mayors are from Socialdemokratiet, and so traditionally is the lord mayor in Copenhagen. Venstre will take the rural cities, and Konservative will take the rich suburbs in north Zealand such as Gentofte.

Portent for the future
All in all, we don’t know what impact the immigration question will have. Four years ago the panic of a perceived refugee tsunami made politicians turn pale. Refugees have now become a job-creating operation in many cities or districts, and this may have changed attitudes.

Ultimately, the process is a mid-term indication as to which way the national winds will blow in the next general election. This is up to the PM to call when he decides that he has suffered enough humiliations keeping his hand on the national tiller.