 Science Round-Up: Has a Danish researcher solved one of Earth's greatest mysteries? - The Post 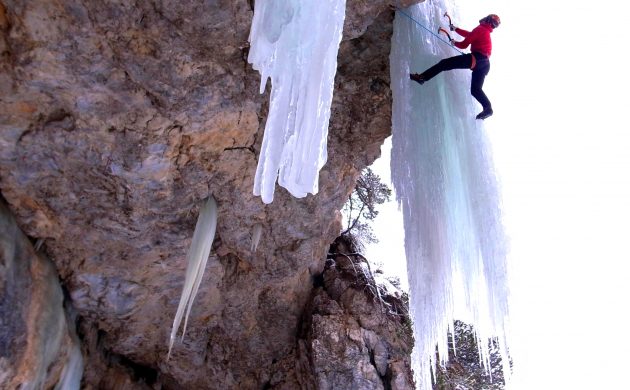 It is now proven where the oceans come from and how Earth became a habitable planet, according to researcher Kristoffer Szilas from the University of Copenhagen.

He has uncovered new evidence found in billion-year-old rocks collected in West Greenland that prove his theory of the creation of the oceans.

Szilas’ study was recently published in the scientific journal Nature.

Scissors to meteorites
Until now it was believed that water on Earth was brought by a bombardment of meteorites from the Outer Solar System. Rich in water and carbon, the arrival of the so-called chondrites account for the theory known among geologists as ‘The Late ‘veneer’.

However, all meteorites found on earth have had a totally different isotope composition compared to the current globe, which makes it impossible for the oceans to be created by these meteorites.

The new samples can help researchers to find out more about the composition of other planets similar to Earth, such as Mercury, Venus and Mars.

Danish research is world class
Danish researchers are in the top-tier globally in terms of their impact and visibility in leading scientific journals according to new reports from the Ministry of Education and Research and the Center for Research Analysis at Aarhus University. The ‘impact’ and ‘visibility’ of their scientific contributions is measured by the number of times their work is cited in other research publications. According to the new reports, which account for Denmark’s modest population and economic capacity, Denmark ranks either second, fourth, or sixth place among all OECD countries. Denmark’s heightened stature in recent years is said to be due in part to its high proportion of PhD researchers while remaining in the top 10 for public investment in all categories of research.

New method recycles 95 percent platinum
Shuang Ma Andersen, an associate professor and researcher with SDU Chemical Engineering, has invented a more environmentally-friendly and inexpensive way to recycle platinum. The method recycles over 95 percent of platinum from industrial scrap by using an electrochemical process involving dilute acid that separates the platinum while also preserving other valuable parts of industrial scrap. The current method for recycling platinum has been in place for nearly 50 years and requires high temperature stoves that release dangerous toxins and CO2 into the environment while also destroying the remaining useful parts of industrial scrap. The discovery comes at a time when demand for platinum metals, used in cars among other things for its catalytic properties, is rising globally by around 12.5 percent each year.

Do c-sections cut out or create sexual problems?
Many have been under the presumption that a c-section delivery would be better for a woman’s sex life versus a vaginal delivery because it is more gentle on the abdomen. In a new study of women who had their first birth 16 years ago, however, 37 percent of women who gave birth exclusively vaginally reported problems in their sex life compared to 42 percent of women who gave birth exclusively by c-section. The research – which was conducted in collaboration with USD, University of Aarhus, and the University of Nottingham – also found that women who had c-sections more often reported feeling pain during intercourse and reduced moisture in the vagina. This may be due to differences in physical and mental health between the women, though researchers behind the study assert that “there may be good reasons to have a caesarean section, but prevention of sexual problems is not one of them”.

Mapping coronaviruses occurring in Danish animals
With the coronavirus making headlines in the media, researchers from the University of Copenhagen together with the State Serum Institute have mapped various types of coronaviruses detected in Danish animals.  These viruses can affect bats, pigs, horses, cows, dogs, cats, mink and birds. However, the researchers stress that neither pets nor livestock play any role in the spread of COVID-19. The article was published in the Danish Veterinary Journal.

SDU working on ‘CO2 vacuum cleaner
An innovative 3D art installation with the ability to absorb CO2 from the air and turn it into oxygen has created a team of researchers at the University of Southern Denmark. The 3D art installation is made by an organic form of 3D bricks seeded in cyanobacteria – micro-organisms that suck CO2 out of the air and convert it to oxygen. In fact, according to the researchers, cyanobacteria can absorb 10 times as much CO2 as trees. The innovative project is a result of the work of a group of scientists known as CREATE at SDU in co-operation with the company ecoLogicStudio, and it is believed that it will contribute to a new architecture model that will positively change the urban environment.