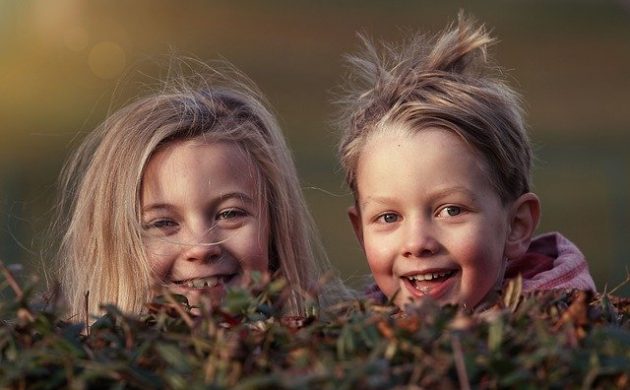 The State Serum Institute has released a new guideline concerning children and playdates with their friends.

The six recommendations are:

– Play with the same kids. Don’t set up playdates will different kids

– Be aware that none of the kids are showing symptoms

– Avoid playgrounds with many children

Coronavirus Update: Christiania closes down
The popular freetown area of Christiania and its notorious Pusher Street will close down today at noon – all of its entrances will be blocked.

The shutdown is a result of people flocking to the area over the past few days, despite the government issuing a ban on gatherings of more than ten people last week.

BT tabloid visited Christiania on Thursday and documented large groups of people on Pusher Street and at nearby cafes.

The survey showed that 58 percent of the 827 interviewed companies expected a decrease in the number of their employees.

Furthermore, half of these companies expected their drop in employment to be more than 10 percent.

Yesterday, 2,841 Danes reported that they were unemployed, which is over four times as many compared to a typical Friday.

Keep taking your meds
According to the health authority, Sundhedsstyrelsen, people who are on blood pressure and heart disease medication should continue to take them during the coronavirus crisis.

Despite some scientific articles reporting otherwise, Sundhedsstyrelsen stated that there was no solid scientific documentation that the medication could lead to a more severe coronavirus illness.

Sundhedsstyrelsen maintains that there is, however, ample evidence suggesting that halting blood pressure treatment can lead to a higher risk of heart failure and having a stroke.

DSB further reduces departures
Due to fewer and fewer people taking the train at the moment, the national train operator DSB say it will further reduce the number of trains in operation.

According to DSB, the number of passengers taking trains has dipped to 15 percent below  normal due to the coronavirus crisis.

The new and significantly limited train schedule will come into effect on March 23.

Meanwhile, there are far fewer cars on the roads as well.

The latest figures from the road authority Vejdirektoratet showed that the number of cars and small vans on the motorways has declined by 45 percent.

Prehn said that it was only a matter of time before Africa would be hit hard and the package will help provide clean water and sanitation, whilst raising awareness about good hygiene practice.

The funds, which are going to WHO and UNICEF, will also help provide equipment for schools and hospitals, whilst supporting children in vulnerable areas.

The hospital will test the medication Klorokin on patients who have tested positive for the virus. Their next of kin will also participate in the study.

It is expected that the testing will commence this coming week.

The two, aged 17 and 18, were charged on Friday after one was arrested and the other turned himself in.

The pair have been charged with stealing 13 dispensors from the hospital on March 12.

Coronavirus info in e-boks
Yesterday, the health authority Sundhedsstyrelsen sent everyone in Denmark over the age of 15 a letter via their digital mailbox, e-Boks, regarding the coronavirus crisis.

The letter includes information about the crisis and some of the most common questions that people have about it.

Other information includes symptoms, guidelines and recommendations. Sundhedsstyrelsen urged everyone to share the information with family members who don’t have access to e-Boks.

Next week will provide answers
According to the health authority Sundhedsstyrelsen, significant answers pertaining to the coronavirus will be answered next week.

The authority expects to release a report that updates the epidemic and predicts when it will reach its climax.

Sundhedsstyrelsen said that, while the government’s recent efforts may have limited the spread, it will not be enough to prevent the epidemic from developing.

Thousands of Danes volunteer
Since last weekend, over 15,000 Danes have registered with job banks used to find work for volunteers and supplementary work.

In the Capital Region alone, around 1,000 people are signing up to help every day.

So far, none of the newly-registered helpers have been called to assist in the nation’s hospitals, but they will be held in reserve in case the pressure on the health services become too immense.

Until then, the state will investigate their skills and see how and where they could help.