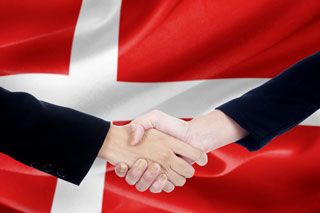 The Danish government is temporarily suspending the requirement that aspiring citizens must participate in so-called ‘handshake ceremonies’ before being officially granted Danish citizenship.

The move will apply to nearly 2,700 such future citizens and comes as health and government officials urge the public to practice social distancing to slow the spread of coronavirus.

Citizenship bills that include a large list of future citizens are submitted twice a year and must be passed by Parliament for approval – followed by the handshake ceremony.

Obligatory handshake
The requirement will be reinstated once health authorities change their recommendations.

PM Mette Frederiksen had previously told the media on March 6 that “our position is very clear that one must give a handshake in order to gain Danish citizenship.”