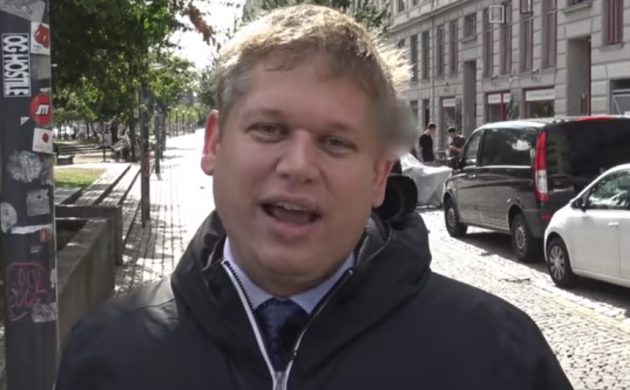 Police shot a knife-armed man in the leg while masked people threw stones and fired fireworks at the authorities on Friday at a demonstration led by the failed politician Rasmus Paludan in Aarhus.

Paludan had intended to burn the Koran in the protest at Gellerupparken in western Aarhus. On his Facebook page, the leader of the Stram Kurs (Hard Line) party said that “a Muslim man” attacked him with a knife in the area but he was not harmed.

Police said it was unclear what motive the 52-year-old man with a knife had, according to TV2. They said that when the man did not respond to their calls, they fired warning shots and later shot him in the leg. The man was taken to hospital and is out of danger.

Increased police presence
After the shooting incident, a group of between 50 and 100 young people, some masked, aimed fireworks at the police. They also threw stones at them.

The police increased their presence in the area over the weekend.

Paludan, a lawyer, is a convicted racist known for burnings of the Koran and his provocations have led to hours-long riots. He defends his actions by invoking freedom of expression.

No laughing gas for youths
Parliament has passed a law banning the sale of nitrous oxide, commonly known as laughing gas, to people under the age of 18. The move comes as the Ministry of Business said that more young people are using laughing gas as an intoxicant. The ministry cited a rise in inquiries from Danes who have suffered several adverse effects of nitrous oxide, which can cause dizziness, unconsciousness and even death. The new law also prohibits selling more than two cartridges of nitrous oxide to private individuals. It takes effect on Wednesday.

Government to block sites selling dangerous products
The government will block the websites of companies that sell products that do not comply with EU and Danish safety rules, thanks to a new law passed last week that was chiefly concerned with the suppliers of dangerous products. The Ministry of Business said that Danes often buy products on online platforms such as Amazon and AliExpress, but some of the goods do not meet safety and health standards. With the new law, the government can conduct anonymous checks and impose higher fines and possible imprisonment for violators.

DK to lower nitrogen emissions for environment
The government will strengthen efforts to limit nitrogen emissions from agriculture – a decision intended to protect the aquatic environment. The UN says that human nitrogen additions to the soil in the form of fertilisers reinforce the greenhouse gas effect. The environment minister, Lea Wermelin, said Denmark’s efforts are meant to take better care of its rivers and lakes while living up to its international obligations in EU environmental law. The new measures are also meant to apply the recommendations of the Nitrogen Committee, which was set up by the previous government.

Going once: Prince Henrik’s sculptures on auction
Collectors of royal artwork or those who fancy figurative animals can get their hands on Prince Henrik’s sculptures when they go on auction on June 17. Bruun Rasmussens said 19 sculptures from the late Danish prince’s private collection will go under the hammer in Copenhagen. These include naturalistic depictions of people, “figurative fabulous animals” and abstract works. The husband of Queen Margrethe II was an avid sculptor besides being a collector of sculptures from Africa and Asia. He died in 2018 at the age of 83.