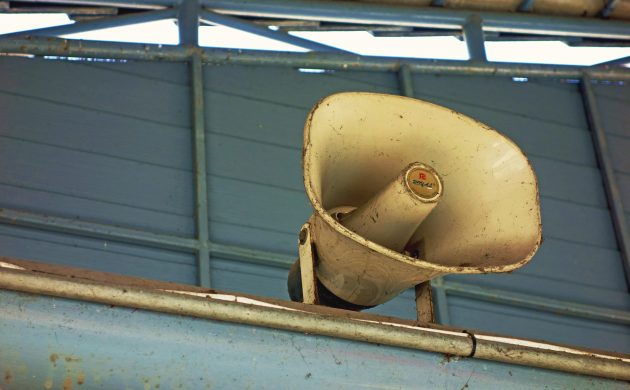 Some politicians say calls to prayer are not a Danish tradition (photo: Pixabay/fancycrave1)
June 25th, 2020 9:29 am| by Ayee Macaraig

Several political parties are urging the government to investigate the possibility of banning calls to prayer such as those heard from mosques, arguing that they are “very disruptive”.

Venstre, Dansk Folkeparti, Konservative and Nye Borgerlige are presenting a resolution regarding the issue in Parliament on Thursday, according to DR.

“For Venstre, it is not about a single religion, although I realise that prayer calls are often linked to Islam. Prayer calls are not something we have a tradition for in Danish society. We think that it will be very disruptive in Denmark,” said . Mads Fuglede, one of its MPs.

Not mentioning Islam
The debate began after a Muslim call to prayer in Gellerupparken near Aarhus in April prompted questions about the legal basis for allowing or prohibiting them. It happened as the mosque was closed due to the Coronavirus Crisis and Muslims were called to pray in a football field in the area.

Lawmakers say public calls to prayer may spread, noting that the Gellerupparken incident was the only one that occurred in Denmark after four or five decades of Muslims living in the country.

The parties’ resolution does not specifically mention Islam, but instead refers to a ban on prayer calls using speakers in a public place.

Against the constitution?
The proposed ban could violate the Constitution if it is aimed only at Islam. Alternatively, it might also impact Christian churches that use bells.

Several Socialdemokratiet MPs called upon the government must look into the issues to determine the feasibility and legality of a ban.