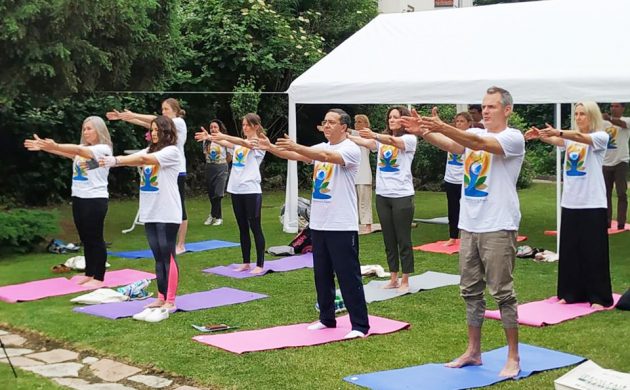 We’re not sure an embassy has ever organised such an ambitious event before! With the help of the magic of the internet, its International Day of Yoga celebration brought together groups of between 20 to 40 in the country’s four largest cities, plus Vejle, for an afternoon of fitness and speeches.

Held in strict adherence with the COVID-19 restrictions, good weather ensured it was a day to remember. Overseeing matters from the embassy were members of the staff and co-organisers, a Christianshavn-based studio, The Yoga Flat. Also taking part in the day were The Art of Living, Amrita Yoga, Astanga Yoga Copenhagen, Brahma Kumaris and Dansk Yoga Forbund.

As big a crowd as possible turned up to enjoy the proceedings in Copenhagen, including Indian ambassador Ajit Gupte.

Among his guests were Jesper Møller Sørensen, the state secretary at the Foreign Ministry (above with Gupte), and Hans Hermansen, the CEO at CPH POST (below with Gupte). 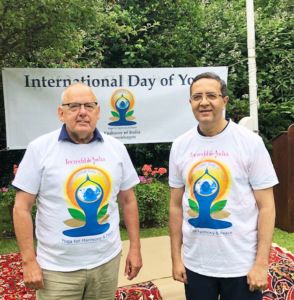 Among those taking part were yoga practitioners in: 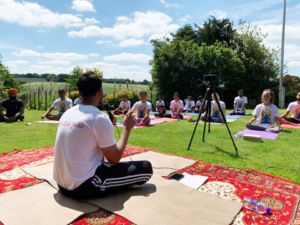 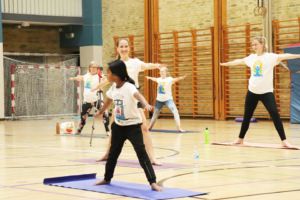 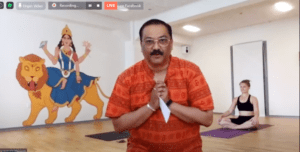