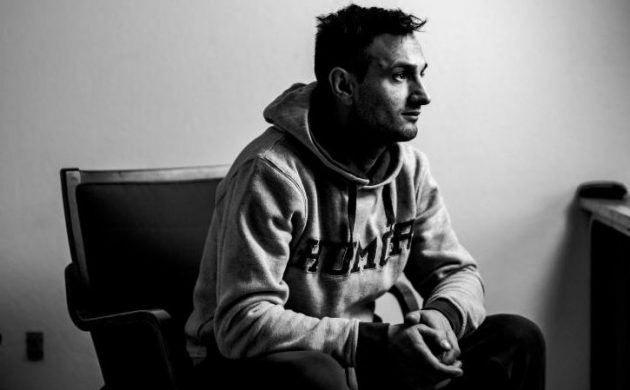 Migrant workers often find out to their cost that their contracts are not worth the paper they are written on (source: 3F)
March 12th, 2019 9:54 am| by Maja Maria Christensen

The headline on the housing advertisement in Vejrhøj in Holbæk says, “Newly-built villa in family-friendly neighbourhood”, but the sales pitch and pictures hide a deeply disturbing secret.

Over the course of a year, the state broadcaster DR has been investigating the darker side of Danish construction sites.

It has revealed a network of firms exploiting foreign construction workers to such a degree that this is now being investigated by the police as possible human trafficking.

Treated like animals
Foreign construction workers are enticed to work on Danish constructions sites with the promise of decent pay and good working conditions, but the reality is often very different.

“You work in Denmark for two years and then you end up on the streets,” one of the workers told DR. “We’re treated like animals,” said one of the others.

Former worker Yasir Dawaud was interviewed by DR in Poland where he is currently taking his education. He worked in Denmark on a contract that promised him 35,000 kr per month.

Dawaud worked for three months without receiving a single penny. He complained about not being paid, but instead of getting his wages, he was turfed out of his accomodation and left to live on the streets.

He does not have happy memories of his experience working in Denmark. “It was an absolute nightmare,” Dawaud says.

Ionut Ioan, another construction worker, quit the construction site after he was not paid and is now living on the streets in Copenhagen. “I sleep on a bench,” he tells a journalist from DR.

The journalist then asked him whether there were no opportunities back home or alternative work that he could do.

“I have no place to live in Romania, so there is no other option for me,” Ioan says while searching through some of his belongings he is hiding in a bush. “I have to live like this while I search for other work.”

The consequences are harsh
Shabbir Hussain, an ex-construction worker, says that he was promised 35,000 kr per month in his contract but only got 3,000 a month. He worked in Denmark for 16 months.

“I was treated as if I was a slave,” he says to DR. With four kids and a family to take care of back home, one of the major consequences of the lack of pay was that one of his kids could not go to school.

Another worker, Basharat Hussein, ended up with a massive debt. He borrowed 100,000 kr to buy a work visa to Denmark and to travel from his home country. With a pregnant wife and mounting medical bills, the lack of pay meant that he could not pay for the medical attention she needed.

The baby was born but died shortly after. Basharat Hussain firmly believes that the cause of death was the lack of medical attention his wife got during pregnancy.

Death threats
DR journalists met Ionut Ioan after police temporarily detained the managers of the company. Ioan showed them threats from the Romanian manager, who persuaded him to take the job.

“They’re saying they want me dead and that they know I’m living on the streets of Copenhagen. They say they’re looking for me and want to kill me,” Ioan read from his phone.

Other Rumanian workers can show evidence of similar death threats. These have now been logged by the police.

The National Board of Social Services centre for human trafficking reckons that this is a case of human trafficking and the police are still investigating it in that light. The work at Vejrhøj has been halted and there are no workers in sight.

According to official statistics, there are currently 34,000 foreign workers on Danish construction sites and an unknown number working illegally under conditions that are well hidden from the public.

The full documentary can be watched here until the 2 February 2020.