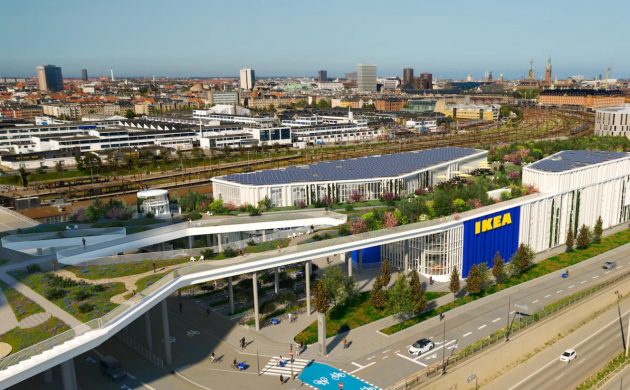 On Thursday, Copenhagen Municipality gave its final approval of the construction of a new alternative version of IKEA in the city.

The new IKEA will be built near Dybbølsbro Station in Vesterbro and is scheduled to open in 2023.

The store will be part of a new IKEA concept, designed for customers in the city who want to live a more sustainable life.

Nature, bikes and workshops
The Swedish furniture giant already has two warehouses on the outskirts of the city – in Gentofte and Taastrup – but neither are particularly accessible for city centre dwellers.

The new concept allows city residents to transport their wares home by bicycle.

There will be bicycle parking with space for up to 760 bicycles and with the added possibility to borrow a cargo bike to bring furniture home.

Above the store, there will be a green roof garden offering customers a brush with ‘nature’ as they shop.

Furthermore, the ground itself will have hundreds of trees and bushes planted.

There will also be workshops to help fix furniture and where visitors can even learn some mending techniques themselves.