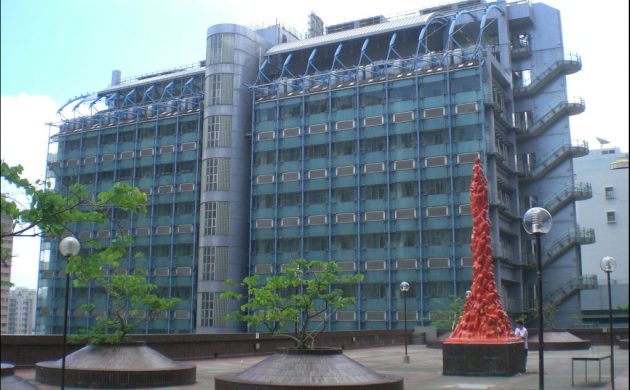 And now Galschiøt – who sculpted it in 1997 in memory of the victims of the massacre of 4 June 1989, when the Chinese army repressed pro-democracy student demonstrations in a bloodbath in Beijing’s Tiananmen Square – has reacted angrily to plans to move it from its current home outside the university.

According to Galschiøt, it could be easily damaged if moved, and he has applied for legal protection for the estimated 1.4 million US dollar construction, in order to obtain immunity so that the statue can be safely returned to Denmark.

The lever of legislation
The sculptor lent the work to the Hong Kong Alliance for the Support of Democratic Patriotic Movements, which guarantees its presence on the university campus.

But after the implementation of the National Security Law on 1 July 2020, which allows for authoritarian interventions on the vague grounds of “a threat to national security” to silence dissidents, several members of the alliance were arrested, as they were considered to be opponents of the nation.

Accordingly, the university last month demanded that the monument be removed.

“There is a legal basis for arresting foreign nationals who engage in activities critical of China. Therefore, I want a guarantee that I and my employees will not be prosecuted,” Galschiøt wrote in an open letter on Friday, which was reported by Reuters.

When NGOs and young talent join the fight
Amnesty International Denmark denounced HKU’s decision by saying it shows “how fear and self-censorship have spread in the wake of the civil rights crackdown in Hong Kong”.

A collective of Hong Kong artists called Lady Liberty is currently working on a 3D modelling of the work to ensure its preservation.

Denmark and international community take part into Ethiopia conflicts
Denmark and 15 other countries have issued a joint statement on the situation in Ethiopia, together with the Office of the UN High Commissioner for Human Rights (OHCHR). The statement denounces human rights abuses committed during the conflicts in the Tigray region of Ethiopia between November 2020 and June 2021. The declaration refers to attacks on civilians, killings, torture, arbitrary detentions, abductions, sexual violence and war crimes – all of which have led to a climate of terror.

100 million kroner for developing nations fighting climate change
Some 100 million kroner in climate aid has been earmarked for the least developed countries. The bulk of the recipients are in Africa. Room has been found in the Finance Bill for the next budget and the funds were announced at COP26 in Glasgow. Some 60 percent of the sum will go to the ecological transition from 2023. The announcement is in line with the Sharing the World’ program and, according to the environment minister, Flemming Møller Mortensen, “sends a clear signal to the poorest developing countries that Denmark is aware that climate change is hitting them hardest”.

Foreign minister buoyant about trade delegation trip to Germany
The foreign minister, Jeppe Kofod, is confident that the recently concluded trade delegation trip to Germany, on which representatives from 52 Danish companies were joined by Queen Margrethe and Crown Prince Frederik, will mark a new chapter in trade relations. After a visit to a coal-fired power station in transition to wind power, Kofod said: “Germany is on the threshold of a new era with the appointment of a new government. This state visit marks a new chapter in German-Danish relations.”

IKEA audit reveals Swedish giant was probably duped by a supplier
According to the Danish Environmental Protection Agency, an internal audit of IKEA has revealed that the certification documents for 3,300 wooden products in several Danish shops have been falsified – possibly due to a supplier who cheated on the origin of the materials, which were imported from Germany and Sweden. Apparently the wood in question was derived from Siberian forests. The future of the products, whether marketed or incinerated, is not yet known, as it is not yet possible to determine whether the FSC standard – which indicates that the product has been manufactured in such a way that the amount of wood felled does not exceed the reproductive capacity of the forest – has been met.

The government eyes doubling of water tech revenue by 2030
Simon Kollerup, the economic and business affairs, Lea Wermelin, the environment minister and Jeppe Kofod, the foreign minister, are launching a new export strategy in the area of water tech, as the demand for solutions is high. The aim will be to double the value of water tech exports to 40 billion kroner by 2030. Danish companies are among the world’s best in the field. The work carried out by Danish logistics and science helps countries that are struggling with natural disasters and contaminated water. “It is crucial that Danish expertise gets across the border and that we create more green jobs at home,” explained Kollerup.