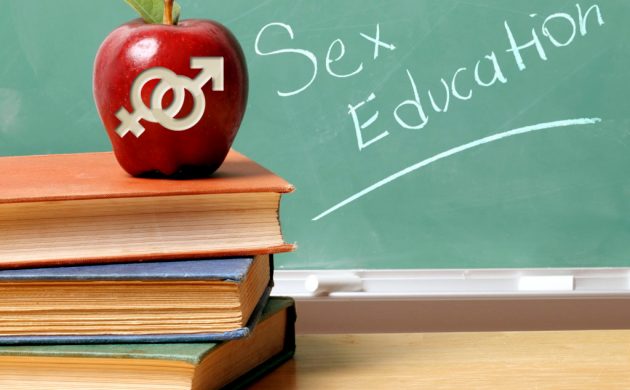 Not to be confused with the British TV show in which 30-year-olds play teens, thus doing their best to make them insecure about their bodies (photo: Flickr/The People Speak)
February 7th, 2022 1:37 pm| by Ben Hamilton

Week Six is upon us … or Uge Seks, as they say at the Danish public schools with a knowing wink.

Can’t be a coincidence that Sex & Samfund has chosen this particular week to take over the syllabus with its annual focus on sex education.

Accordingly, Danish school children are a knowing bunch, although there is a new addition this year that some have apparently been struggling with: the notion of consent.

More rape reports last year
Since the beginning of last year, it has been necessary to establish consent before sexual intercourse.

And just last month, the authorities confirmed that the number of reported rapes has risen – an indication that many had not wanted to have sex but been let down by a law that recognised their silence as a form of consent.

Nevertheless, according to a Sex & Samfund survey, every fourth person aged 16-29 has expressed doubt about whether they have exceeded boundaries in regard to consent.

Lots to learn
Sex & Samfund is confident the children will be attentive during the classes.

“It is a concept that has received renewed attention due to the new consent law,” explained Sex & Samfund project manager Pernille Ane Egebæk to DR.

“In addition, there have been high #MeToo numbers, which indicate that there are very many people who actually don’t know if are exceeding other people’s boundaries without knowing it.”

Consent through all the bases
It is perhaps worrying that half of the respondents in the Sex & Samfund survey confessed to giving their consent to something sexual, even if they did not want to.

The onus, therefore, is on the students learning about signals: for example, knowing that consent to a kiss is not greenlighting a sexual act.

Health and sex education is a compulsory subject for all grades at the country’s public schools: so ages six through to 16.