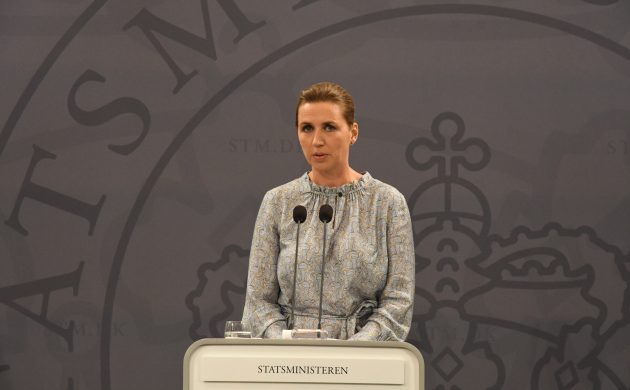 Danish PM Mette Frederiksen has confirmed that the country will send about 2,700 shoulder-launched anti-tank missiles to the Ukrainian army.

“This is the first time in recent history that Denmark has donated weapons to a country at war,” she said.

Exact type unconfirmed
Neither she nor the defence minister, Morten Bødskov, revealed the exact type of armament.

It is also the assessment of DR’s defence analyst Mads Korsager Nielsen.

Easy to use missiles
These missiles are extremely easy to handle. They are carried on the shoulder and only weigh a few kilos.

It is a weapon particularly suited to short-range firing at lightly armoured vehicles, such as the personnel carriers used by the Russians in Ukraine. Special training is not required to operate them.

Nevertheless, some of the more recent tanks would not be destroyed by them, claims Nielsen.

“You might be able to force the tank to stop by, for example, shooting off its belts,” he said.

A bit more than that
Apart from the 2,700 missiles, Denmark is also sending components taken from 300 Stinger missiles that were to be disposed of.

A few weeks ago, Bødskov said he would investigate whether Denmark could help Ukraine with the weapons. Shortly afterwards, it was confirmed the Stinger missiles were so old they could not be used in their current state.

You can go if you want
The government has also announced that Denmark will send body armour, first aid bags, and a mobile hospital to Ukraine, as well as 50 million kroner in humanitarian aid.

It will not officially send personnel, but in response to a call for help from Volodymyr Zelensky, Ukraine’s president, Frederiksen has confirmed that people in Denmark – Ukrainians or not – are welcome to travel to the warzone to help the Ukrainian army.

“Anyone who wants to join the defence of Ukraine, Europe, and the world can come and fight alongside the Ukrainians against the Russian war criminals,” said Zelensky.

In response, Frederiksen said: “It is a choice each individual can make. This applies both to Ukrainians living here and to others who believe they have something to contribute directly to the conflict.”