Sod’s law: it doesn’t rain for weeks, and then it comes down in buckets on St Paddy’s Day

You’re best advised to pack a raincoat if you’re taking part in the three-legged race or parade, but make sure it’s green! 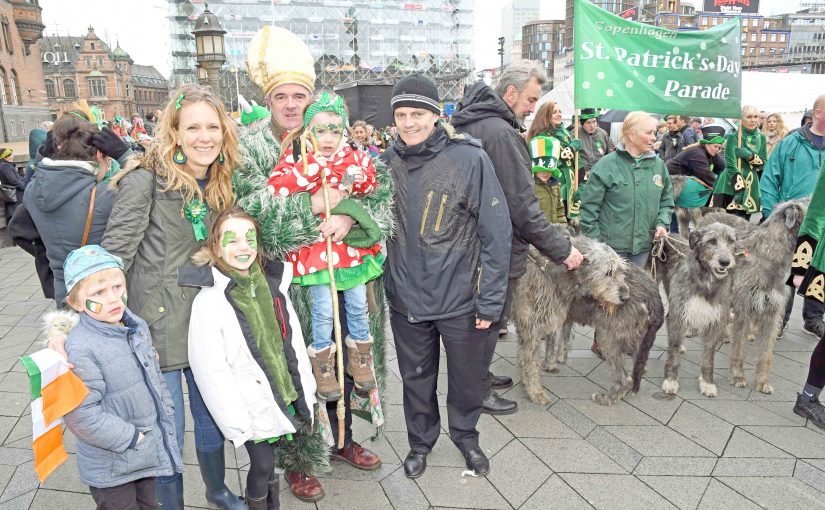 Would you believe it? Copenhagen has barely had a drop of rain in March after one of the wettest Februarys in living memory.

Talk about the luck of the Irish.

Surely the world’s rainiest!
Because baloney Bergen! Cobblers Copenhagen! Seriously Singapore! Ireland is the rainiest country in the world, and that’s a fact.

It travels mercilessly and imperiously across the 6,650 km of open water in the Atlantic Ocean, and then it disperses itself over all the good people of the Emerald Isle in all sorts of varying fashions: from bucklet-loads to light drizzle to rain that miraculously levitates.

The country’s national colour is green for a good reason.

Pack a raincoat
So when it’s time to stage a major Irish festival in the land of the Vikings, it stands to reason that Thor is going to get a bit angry.

According to the Norwegian forecaster yr.no, which is infinitely superior to Danish counterpart dmi.dk, we can expect guaranteed rain between 15:00 and 17:00. And it might also come an hour either side – yr.no always provides a guaranteed minimum, which is useful when you’re planning ahead (please take note DMI).

So pack a raincoat if you’re taking part in the three-legged race or parade, but you probably won’t need waterproof trousers.

Unless they’re green, of course.