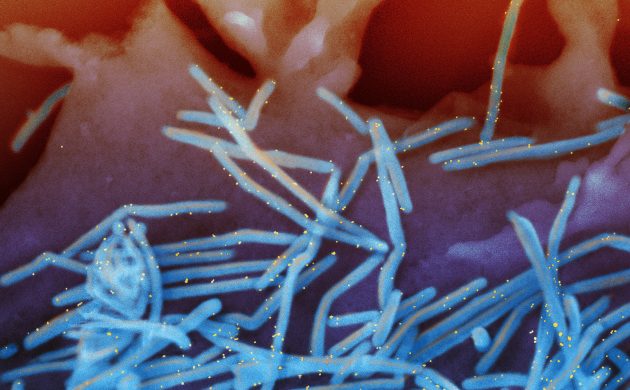 Vaccine researchers at Statens Serum Institut, working in close collaboration with peers from Boston Children’s Hospital, are optimistic about a new vaccine to protect newborn children against respiratory infections caused by the RS virus (RSV).

RSV is one of the leading causes of death among under-fives in the world, and it can also affect the elderly.

In fact, the vaccine might not only protect infants from RSV, but also influenza, coronavirus and other serious infections, SSI department head Gabriel Kristian Pedersen told DR.

Should the health authority change its stance on PFAS?
Concerns are growing about the Sundhedsstyrelsen health authority’s stance on PFAS, the chemical that continues to be found in various groundwater sources in Denmark, in particular regards to its advice to pregnant and breastfeeding women. Sundhedsstyrelsen maintains it is safe for women, who have been potentially exposed to PFAS, to continue as normal, but an increasing number of experts disagree. Their main concern is that once PFAS is ingested, it tends to remain in the system for a long time. They urge Sundhedsstyrelsen to fund more testing.

Two more food products withdrawn
Fødevarestyrelsen has recalled two food products following the discovery of mould that could be harmful to consumers. The products are packets of mushroom steaks purchased from Dagli’Brugsen, Irma, SuperBrugsen and Kvickly with the expiry date August 7, and packets of Dild-Deller, a type of frikadeller, again sold by the same supermarkets – along with Fakta and Coop365, with an expiry date of August 6. Shoppers are advised to return the products to the place of purchase for a refund.

Charges against euthanasia doctor dropped
Charges have been dropped against a former Funen doctor suspected of assisting people opting for euthanasia, which remains illegal in Denmark. Following the news, Svend Lings told media this was a green light to continue helping people to die on their own terms. In 2019, he was expelled from the Den Almindelige Danske Lægeforening after the Supreme Court found him guilty of assisting two suicides and one suicide attempt. An appeal to the European Court of Human Rights failed. Lings ended up serving two months in prison.

Beached whale was unwell
A rare beaked whale was found dead in shallow water off the coast of Voersø in North Jutland, a little south of Sæby, last week. The stranded whale was unwell with bleeding in the intestines, it was later confirmed by an autopsy.