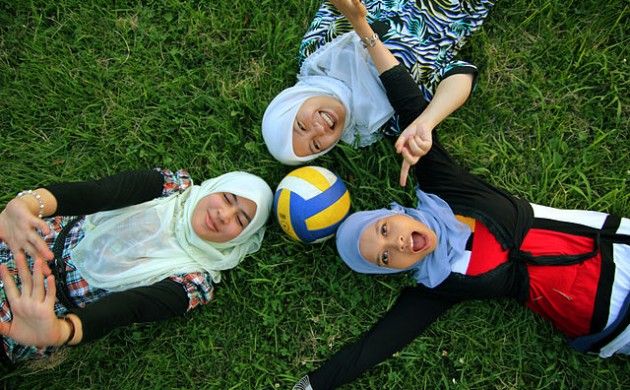 The headscarf ban proposed by Kommissionen for den Glemte Kvindekamp, which will directly impact the nation’s Muslim community, is being hotly debated, but none of the main political parties have yet given a definitive statement.

“This is not just a question of a yes or no, it is more nuanced. We have to clarify the law,” the Konservative education spokesperson, Mai Mercado, told DR.

The commission, which was set up by the government earlier this year to investigate the social control of girls and women in immigrant communities, made nine proposals, including improving healthcare, providing classes for selected minority ethnic parents, tightening controls at Muslim schools and banning headscarves at primary schools.

Both Venstre and Konservative, who hope to lead the government after the next election, chose not to give a definitive answer as to whether they support the proposals – particularly the headscarf ban.

“At Venstre, we believe that we must take a tough stance on social control. We think these are some interesting conclusions and look forward to reading the commission’s report, but we have not yet decided exactly what measures to take,” Morten Dahlin, the Venstre youth initiatives spokesperson, told DR.

Brave proposal but need to be discussed
Like Konservative and Venstre, the government party Socialdemokratiet would not give a definitive answer as to whether it would support a proposal to ban the wearing of headscarves in schools.

“I think it is a brave proposal and I fully agree with their basic analysis that there are many young girls and women in Denmark who are oppressed by social control and religious norms, but whether one should legislate for each of them is a bigger question,” the immigration and integration Minister, Kaare Dybvad, told the P1 radio station.

Radikale, on the other hand, gave a clear response through party chair Sofie Carsten Nielsen, who said: “Forcing a young girl to wear a scarf is excessive. But if the state forces her to remove the scarf, that is also an infringement.”

Dansk Folkeparti, which has proposed a ban on Muslim headscarves several times, was very supportive of the proposal. “It’s good that we are now talking about the Muslim headscarf again. Because it is completely incomprehensible that girls as young as eight or ten should wear a headscarf,” said its values spokesperson, Pia Kjærsgaard.