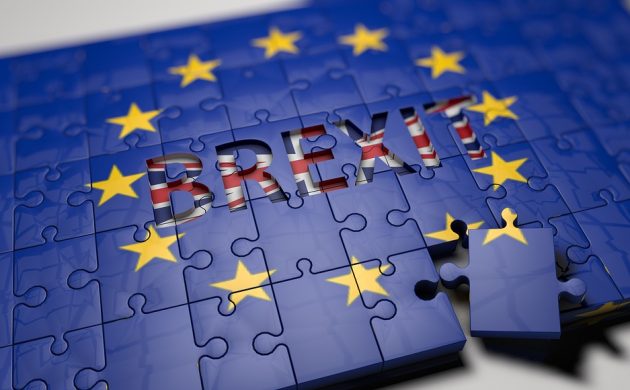 Philip Russell, a British national who has been a resident of Denmark for two years, has been ordered to leave the country no later than December 6.

The 47-year-old financial services administrator is one of 290 Brits in Denmark who missed the 31 December 2021 deadline to apply for continued residency, according to Politiken – a consequence of the Brexit vote in June 2016 that led to the UK leaving the European Union several years later.

In Russell’s case, he was four days too late submitting his application. When Russell learned about the decision in May, he was surprised as he did not realise there was a strict deadline.

He appealed against the decision, but with no success.

Completely devastated
Russell is disappointed with the decision, as he has much to lose.

“If this goes ahead, I will lose my house, my job and my fiancée,” he told Politiken. “It will be the complete dissolution of my life because of a small, banal bureaucratic matter.”

He subsequently told the Guardian: “I feel completely devastated. I’ve been through 11 months of hell already, with no end in sight apart from being deported, so that means I’m going to lose my job, my home and my fiancee, and be dumped back into London.”

SIRI steadfast in its defence
In its defence, Styrelsen for Rekruttering og Integration (SIRI), the agency for recruitment and integration, argues that it did all that it could to inform Brits in Denmark about the deadline.

Steadily over the course of 2021, depending on their age, Brits were required, month by month, to submit an application including geometrics confirmed by SIRI.

Furthemore, the agency claims it sent three letters to Russell, which he maintains he did not receive. Ultimately, it is the responsibility of residents in Denmark to be informed, not for the agency to inform, reasons SIRI.

There was also widespread media coverage.

Support from Venstre MP
There is support from Danish MPs for such cases to be reopened, including from Venstre’s EU rapporteur Mads Fuglede, who actually helped to formulate the strict immigration rules, but considers the deportation to be a “breach of the spirit of the withdrawal agreement to protect EU citizens’ rights”.

“I know he missed the deadline, but we need to look at this politically and make sure there is leeway for Philip and others like him. This was not the understanding when we passed the law,” Fuglede told The Guardian.

“The spirit of the withdrawal agreement was to ensure that every UK citizen in Denmark had an easy pathway to stay. There are probably others who are going through similar agony, which is not what we intended.”

Fuglede wrote to Kaare Dybvad, the immigration minister up until the general election on November 1, but got no answer.

With December 6 approaching, and no government in place to take action, the clock would appear to be ticking on Russell’s time in Denmark.