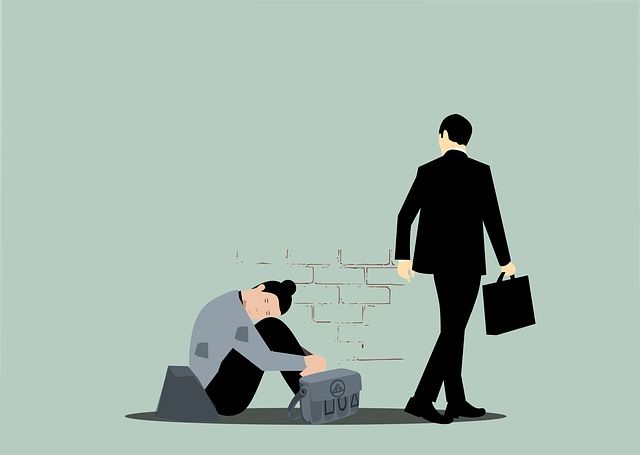 The gulf between rich and poor has never been higher in Denmark – or at least this was the case last year when the economy was booming, reports Danmarks Statistik.

The findings are based on the rise of the Gini coefficient – a measure of income inequality in a country.

Economist have attributed the increase to a rise in the value of many Danish people’s property and share portfolios. Certainly, 2021 was a good year for the stock market.

Recent downturns in both property and share prices should lead to a fall in the Gini coefficient in 2022.

Denmark ranked seventh most popular destination for tourists
Denmark ranks as the world’s seventh most popular tourist destination according to the international travel magazine Condé Nast Traveler. Nearly a quarter of a million readers took part in the poll assessing the best places to visit, with Portugal taking first place, as it did last year. According to the readers, Denmark stands out for its world-famous Nordic cuisine, its growing reputation as a wine destination, its vast array of museums throughout the country and its architecture – it was recently named UNESCO’s Capital of Architecture for 2023. The top 20 were Portugal, Japan, Thailand, Singapore, India, Greece, Denmark, Britain, Italy, New Zealand, Spain, the Netherlands, Ireland, Croatia, Morocco, Sweden, Sri Lanka, Israel, Turkey, South Africa, Australia, Iceland, Peru, Colombia and Finland.

Record number of blood poisoning cases
There was a new record number of blood poisoning cases in Denmark in 2021, according to Statens Serum Institut. Last year there were 2,512 cases caused by the Staphylococcus aureus bacteria, which was 7 percent more cases than the previous year. From 2012 to 2021, the average annual increase has been 4 percent. Mostly, it is the elderly population who are affected – with a mortality rate of almost 40 percent among people over the age of 80. Health institutions point out that the increase in the problem is mainly due to the steady rise in the average age of the population.

Trial of Morten Messerschmidt to continue
The trial of Dansk Folkeparti leader Morten Messerschmidt, who again stands charged with the forgery of documents and fraud in connection with obtaining EU funds of almost 100,000 kroner, is ongoing. Last week, Parliament lifted the politician’s immunity, so he could stand trial, which was in line with his wishes, as he is keen to clear his name after being found guilty in 2021 and given a suspended sentence. But then later last year, the so-called Meld and Feld case fell apart after Messerschmidt’s defence counsel successfully argued that one of the judges in the case had made critical statements on Facebook about Dansk Folkeparti. This time the defence will present ten witnesses and audio files in a bid to completely clear Messerschmidt’s name.

Can citizenship applicants buck recent trend?
Over half of the foreigners who took the biannual citizenship test last Wednesday will fail if the last two results are anything to go by. Some 4,252 applicants for Danish citizenship sat a 45-minute written test comprising 40 questions of Danish culture, history and values. Passing it is a prerequisite for obtaining citizenship of the country. To pass, the participants need to score 80 percent: so at least 36 correct answers. In November 2021, only 40.7 percent managed it, and in June 2022 the pass rate was 47.3 percent – the only time since June 2017 that the pass rate has slipped below 50 percent. The results will be published in late December or early January.