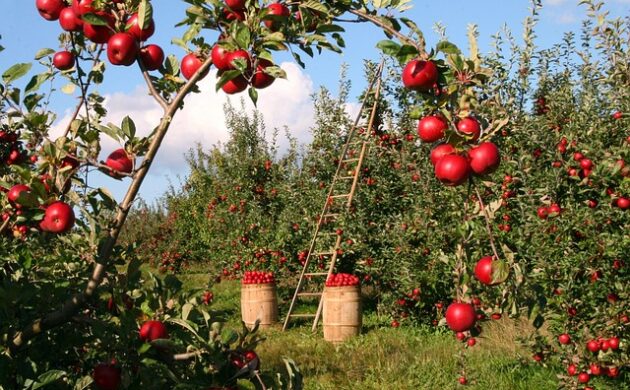 Hampered by high petrol prices and record inflation, 2022 turned into a feeble year for car sales in Denmark – it’s looking like the worst since 2009!

But despite that, the sale of electric cars once again set a new record, according to new figures from Danmarks Statistik.

As of December 1, over 25,000 electric cars have been registered, which is already a new record with the last month of the year still to be factored in.

Going up and up
The number of electric cars in Denmark has now reached 106,000 – a 75.6 percent increase from a year ago.

So far this year, 38.5 percent of newly-registered cars have been electric or plug-in hybrid cars.

Check out all the car sale figures from 2022 here (in Danish).

Organic export up significantly
Denmark’s exports of organic products saw a significant 17 percent rise from 2020 to 2021 – from 2.8 to 3.3 billion kroner. It was particularly exports to Germany that encouraged growth, offsetting a decline in sales to Asia brought on by the pandemic. Meanwhile, imports of organic goods also rose by 3 percent: from 4.9 to 5.0 billion kroner.

Low number of forced home auctions
Despite towering energy prices and inflation, 2022 looks poised to end at a historic low level of forced auctions of homes. Figures from Danmarks Statistik revealed that, on average, there have been 112 monthly forced home auctions so far in 2022 – a level that hasn’t been seen since 2007 during the time leading up to and during the financial crisis, when there were upwards of 500 forced auctions every month.

Unemployment takes turn for worse
Unemployment remains low in Denmark, but for the first time in four months it seems to be on the rise. According to Danmarks Statistik, unemployment levels rose by 1,800 people between October and November. Experts suggest that this trend will continue as the labour market continues to lose steam and companies will most likely require less employees. Most workers can find a job relatively quickly again, but it will take longer than previous months, experts contend.

Passengers returning to CPH Airport
According to CPH Airport, eight out of every ten passengers have returned when compared to pre-pandemic levels. So far in 2022, 20 million passengers have made their way through the airport. With an average of 17 daily routes in November, London was by far the most popular destination, with almost 140,000 travellers. Oslo (109,648), Stockholm (94,490), Amsterdam (84,800) and Aalborg (74,049) completed the top five, followed by Paris, Helsinki, Frankfurt, Istanbul and Malaga.