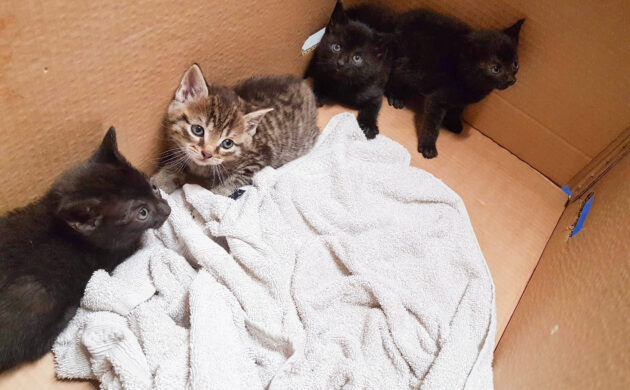 In Denmark, pets have been dumped more than ever (photo: Animal Protection)
January 12th, 2023 9:59 am| by Loïc Padovani

Some 1,382 pets were discarded by their owners in 2022, according to Dyrenes Beskyttelse, the organisation that also goes under the name of Animal Protection Denmark. The number set a new sad record.

The most commonly discarded pets were kittens and guinea pigs, typically left in a makeshift home such as a box, transport cage or shopping basket.

“The worst thing is when the animals are dumped in forests, rest areas or other places where they are not always able to survive,” lamented Karina Fisker from Dyrenes Beskyttelse.

“Often it is baby animals that do not tolerate much hunger, thirst or cold. It’s just so irresponsible.”

A few possible solutions
The association is worried by the situation, because there were 25 percent fewer cases in 2018 than today.

Firstly, neutering pets at an early age would reduce the number of their offspring, leading to fewer cases of people reluctantly taking on a pet to help somebody out.

Secondly, it wants the authorities to introduce a mandatory labelling scheme so all pets are overtly registered.