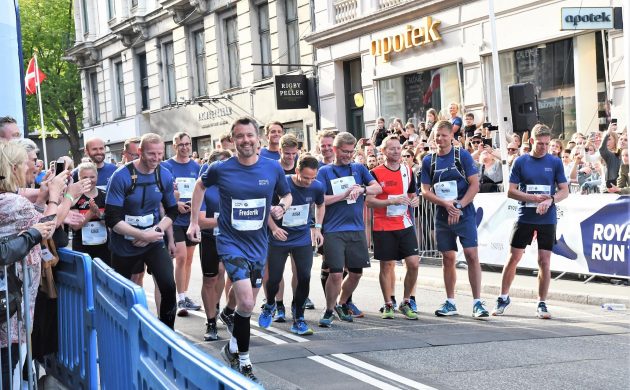 The celebrations for Crown Prince Frederik’s 50th birthday were in full flow yesterday in the form of the Royal Run.

The event offered the opportunity to run with the Crown Prince across the five largest cities in Denmark, in celebration of his 50th birthday this upcoming Saturday. In addition to the Crown Prince’s family, children, students, soldiers and Olympic athletes were amongst those who joined in on the festivities.

A national event
The run took the form of four one-mile runs in the cities of Aalborg, Aarhus, Esbjerg and Odense, before moving on to a 10 km run through Copenhagen and Frederiksberg.

Over 70,000 people took part across the five cities, making it the eight largest running race by participation ever.

Due to the large number of participants, traffic and public transport was disrupted significantly, with delays and detours lasting until the evening.

The celebratory week will culminate in Frederik’s birthday on Saturday. Perhaps fittingly, a special birthday gala show will be broadcast live from Copenhagen’s Royal Arena on DR on Sunday.